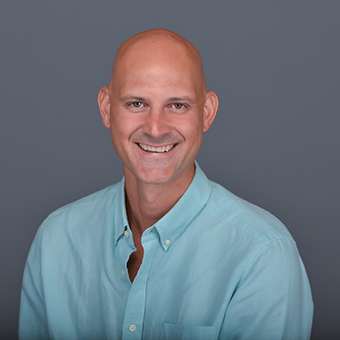 Dr. Christopher Fashun of the Hope College music faculty has had a passion for Afro-Brazilian music since being introduced to it during his own undergraduate days in Minnesota.

As a recipient of a Postdoctoral Scholar Award in All Disciplines through the Fulbright U.S. Scholar Program, Fashun will spend four months in Salvador da Bahia in northeastern Brazil. Through the intercultural exchange, he seeks to develop an even deeper understanding of Afro-Brazilian music, religion and culture, and how that knowledge will enrich the educational experiences of not only his students at the college but those beyond the Hope campus.

“To understand Afro-Brazilian music holistically, it needs to be presented with its cultural and social milieu,” said Fashun, who is an assistant professor of music and director of orchestras at the college.  At the same time, he noted, the music can provide a powerful way of enhancing intercultural understanding.

The belief guides his teaching, where his courses include a world music course focused on Brazil and the Brazilian Drumming Ensemble.  Within the field of music education, however, he hasn’t found much research on the topic from which to draw.

“The body of Afro-Brazilian research has thoroughly covered the music itself,” he explained.  “Within the field of music education, I have yet to find significant research that focuses on the various ways Afro-Brazilian music is taught within Brazilian culture, both to Afro-Brazilians and non-Afro-Brazilians.”

Fashun continued, “This project will provide the infrastructure of knowledge to disseminate information about Afro-Brazilian culture using music as the means to embody deeper intercultural understanding.”

He is especially grateful that the Fulbright award will enable him to spend May to August of 2019 in Salvador da Bahia, a crucial location for his work.

“Salvador da Bahia is widely acknowledged as the Afro-Brazilian capital of Brazil where music is a powerful means of expression and is central to Afro-Brazilian culture and identity,” Fashun said.  “Not only does the music create a communal bond for both Afro-Brazilians and Brazilian society, it is the thread that connects all other facets of Afro-Brazilian identity that include race, religion, social relationships, socio-economic opportunities and politics.”

He previously visited the city in December 2016 through a research grant from Hope College and studied with Mestre Mario Pam, the music director of the historic Afro-Brazilian group, Ilê Aiyê, and founder of the non-profit organization Tambores do Mundo (Drums of the World).  During his return visit next year, Fashun will reconnect with Mestre Pam and others at the Federal University of Bahia to study the various ways Afro-Brazilian music is shared and taught within the city.  The work will result in a substantial collection of songs and accompanying rhythms that he will publish jointly with Mestre Mario Pam.

Upon his return to Holland, Fashun hopes to teach Afro-Brazilian music to children participating in after-school programs at Hope, in addition to enriching the experiences of his Hope College students.  The Brazilian Drumming Ensemble also performs educational assemblies in area schools in addition to performing on campus for events like the college’s annual “IMAGES: A Reflection of Cultures” program.  “One of my visions for the group is to teach people about Brazilian culture in West Michigan and beyond,” Fashun said.  He is also organizing a Caraval show at the Park Theatre on Friday, April 13, that will feature not only the Brazilian Drumming Ensemble, but the Hope College Jazz Arts Collective and local bands.

He has concentrated his study of world percussion in Brazilian and Afro-Brazilian music and dance for more than 15 years, and his training has included attending the annual California Brazil Camp taught by some of the most popular Brazilian musicians.  He presented a session on Afro-Brazilian music during the Michigan Music Conference in 2017 and is scheduled to do so again during this year’s conference, taking place on Thursday-Saturday, Jan. 25-27, in Grand Rapids.

The Fulbright Program, which is the flagship international educational program sponsored by the U.S. government, has sponsored the exchange of students and scholars for 70 years between the United States and many other countries around the world through a variety of initiatives to “increase mutual understanding between the people of the United States and the people of other countries.”  The Fulbright U.S. Scholar Program sends approximately 800 American scholars and professionals per year to approximately 130 countries, where they lecture and/or conduct research in a wide variety of academic and professional fields.  In the words of Senator Fulbright, “International educational exchange is the most significant current project designed to continue the process of humanizing mankind to the point, we would hope, that men can learn to live in peace — eventually even to cooperate in constructive activities rather than competes in a mindless contest of mutual destruction . . . We must try to expand the boundaries of human wisdom, empathy and perception, and there is no way of doing that except through education.”