Three members of the Hope College faculty will retire at the end of the 2017-18 school year. 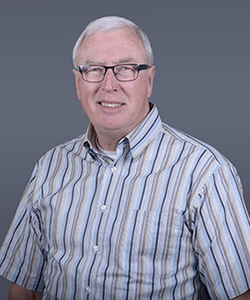 Sander de Haan has been a member of the Hope faculty since 1979.  Initially appointed to teach German, his responsibilities grew to include teaching Dutch and Russian due to student interest.  His additional service to the college has ranged from chairing the Department of Modern and Classical Languages for 15 years; to serving on governance boards and committees including the Academic Affairs Board; being faculty liaison to the Chicago Semester; coaching volleyball for two years; advising the Centurian fraternity; and leading, with his wife Georgia, two educational international tours to Europe organized by the Office of Alumni and Family Engagement.

He helped develop and was part of the faculty team that taught the interdisciplinary two-course sequence “Two Souls of Germany,” which along with the two-semester “The Golden Age of Greece” served as a precursor to the present-day IDS 171 and 172 interdisciplinary courses that explore history, literature and philosophy.  His scholarly work has focused on Friedrich Nietzsche’s impact on European civilization.

de Haan was born in the Netherlands and immigrated with his family to Pella, Iowa, when he was seven.  He graduated from Calvin College with a German major in 1967 and a master’s in German at Northwestern University in 1970.  He subsequently served in the U.S. Air Force — where he learned Russian — stationed in Germany before returning to the U.S. to complete his doctorate at Northwestern University and begin his teaching career.  He taught at both Elmhurst College and Calvin College before coming to Hope. 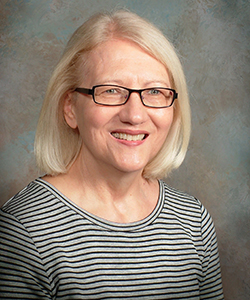 Patricia Griffin joined the Hope faculty in 2012 after teaching at the preschool, elementary and college level for 18 years.  Reflecting her specialization, she started the college program in early-childhood education, which includes multiple courses and field experiences, on topics such as theories of child development, assessment practices, curriculum and instruction planning and implementation, and leadership advocacy and administration, as well as a student teaching experience.  In 2014, she received a two-year grant from the PNC Foundation to establish a summertime school-readiness program at the college for preschool children.

Griffin initially was a teacher at Franklin Christian Preschool in Bloomfield Hills before becoming a kindergarten teacher with the Livonia Public Schools for the next 15 years, from 1995 to 2010.  She served on several committees and teams while with Livonia, including in kindergarten curriculum development, language arts assessment and curriculum, school literacy and the district early childhood initiative. From 2010 to 2012 she was an assistant professor at Marygrove College, where she was coordinator of early childhood education and child development, and from 2006 to 2009 she was an adjunct faculty member at Madonna University. 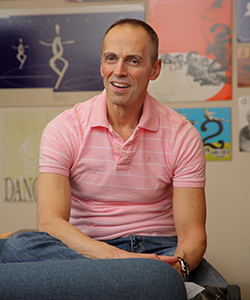 Steven Iannacone has been a member of the Hope faculty since 1990.  In addition to his teaching and choreographing works for the Department of Dance’s major spring dance concert, for several years he was artistic director of dANCEpROjECt, a resident company of the college.

Iannacone’s solo and ensemble work has been presented at multiple international venues, including in Belgium, Canada, Croatia, Italy, Japan and Slovenia.  He was guest artist-in-residence at The Roof in Duisburg, Germany creating and performing with Avi Kaiser (Israel) and Sergio Antonino (Italy). As artistic director to GrossoModo he has twice been designated “Visitante Distinguido” by the Office of the Mayor of the City of Queretaro for facilitating cultural exchange between Mexico and the U.S.