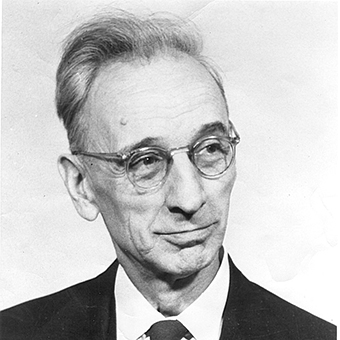 Bust and Plaque on Campus to Honor Peace Activist A.J. Muste of Hope College’s Class of 1905

A bronze bust and plaque commemorating 1905 Hope College graduate A.J. Muste, who was an internationally renowned peace activist, will be dedicated during a brief ceremony on Tuesday, Nov. 13, at 3 p.m. on the second floor of the college’s Van Wylen Library.

The public is invited, and admission is free.  Refreshments will be served.

Participants will include the Rev. Dr. Dennis N. Voskuil, president of Hope College; Dr. Sandra Visser, dean for the arts and humanities; Dr. Ryan Dodde, who is the bust’s sculptor and is also a 1989 Hope graduate and plastic surgeon in Holland; and Dr. John Cox, who is retired from Hope as the DuMez Professor Emeritus of English and has led the project.

Muste (1885-1967) was born in the Netherlands and grew up in Grand Rapids.  After graduating from Hope in 1905, he earned degrees from both the Reformed Church in America’s New Brunswick Theological Seminary and the non-denominational Union Theological Seminary.

One of the most well-known and influential peace activists in the United States, he worked for many years as the executive director of the Fellowship for Reconciliation, an interfaith pacifist organization.  He spoke out against the nation’s involvement in every war from World War I through the Vietnam War.  In his quest for peace he generated controversy for being arrested for participating in protests in the U.S. and meeting with leaders like Ho Chi Minh, yet he also demonstrated in Moscow’s Red Square against nuclear testing.

The bust and plaque are being installed in the library’s A.J. Muste Alcove, which was named in Muste’s honor in 1988, the year that the library opened.   He is also honored through the college’s annual A.J. Muste Memorial Lecture Series that began in 1985 in conjunction with the 100th anniversary of his birth.

Currently, a film on Muste is being developed by Dr. David Schock, who is an award-winning documentary filmmaker and former member of the Hope communication and English faculty, and Dr. Kathleen Verduin, who is a professor of English and chair of the A.J. Muste Memorial Lecture Committee.  Those interested in supporting the documentary should contact Verduin at verduin@hope.edu.

The Van Wylen Library is located at 53 Graves Place, between 10th and 12th streets on College Avenue.