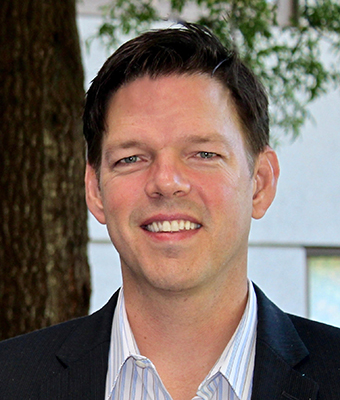 February 3, 2020 — by Public Affairs and Marketing

The promise and peril of economic development on the world’s oceans will be the focus of an address at Hope College on Thursday, Feb. 13.

Dr. Daniel Vermeer, a 1988 Hope graduate who is the founding director of Duke University’s Center for Energy, Development and the Global Environment (EDGE), will present the address “Ocean Sustainability and Other Global Challenges: Designing a Career that Matters” on Thursday, Feb. 13, at 3:30 p.m. in the Schaap Auditorium on the lower level of the Jim and Martie Bultman Student Center.  He will be speaking through the college’s annual John Shaughnessy Psychology Lecture Series.

Vermeer will share insights from his career tackling global challenges, including ocean sustainability.  As explained in the presentation’s abstract, problem-solving for complex, multi-stakeholder challenges is sometimes called design thinking.  Rather than following a linear path, the method is organized as a series of design experiments, gathering data from multiple sources, collaborating with diverse partners and iterating toward effective actions.

Over the course of his career, Vermeer has pursued these design experiments from the mountains of Nepal to Silicon Valley to African schools, working in diverse roles as a crisis counselor, anthropologist, executive and college professor.  In his talk, he will reflect on his journey — including his current work on ocean sustainability — to demonstrate how a design approach can help students create a satisfying and meaningful career.

EDGE, which was founded in 2010 and is part of Duke University’s Fuqua School of Business, is an initiative that harnesses the power of business to meet the global demand for energy, resources and improved quality of life.  In addition to his leadership role with EDGE, Vermeer, who holds his Ph.D. in learning sciences from Northwestern University, is an associate professor of the practice of energy and environment at Fuqua School of Business and Nicholas School of the Environment, where he teaches sustainability, energy and international business courses.

The lecture series through which Vermeer will be speaking is named in memory of Dr. John Shaughnessy, a professor emeritus of psychology who died on Dec. 16, 2015.  He had taught at Hope for 40 years, from 1975 until retiring at the end of the 2014-15 school year, and was highly regarded for both his teaching and his commitment to engaging students in collaborative research.  Among other honors, he received the Hope Outstanding Professor Educator (H.O.P.E.) Award from the graduating class in 1992 and the college’s “Janet L. Andersen Excellence in Teaching Award” in 2008.  The annual lecture series, which is funded through an endowment and debuted in March of 2017, features psychology alumni who in addition to giving a presentation interact with students, demonstrating ways in which their Hope psychology education informs and shapes their work.

The Jim and Martie Bultman Student Center is located at 115 E. 12th St., at the center of the Hope campus between College and Columbia avenues along the former 12th Street.