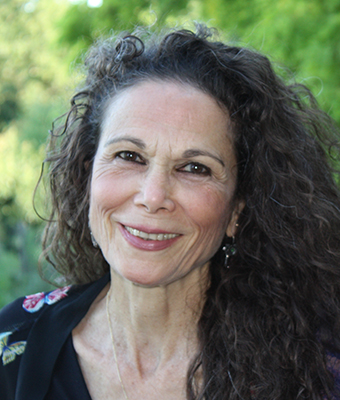 Author Julia Alvarez, whose book “In the Time of the Butterflies” was featured during the 2019 NEA Big Read Lakeshore this past fall, will return to West Michigan virtually through a live presentation and Q&A on Zoom on Wednesday, May 6, at 11 a.m.

Alvarez delivered the Big Read’s keynote address on Tuesday, Nov. 12, in the evening at Hope, but many area middle school and high school students who would have attended a morning presentation via class trips missed the earlier program because inclement had prompted a snow day for area schools.  The Zoom event will enable not only students but all interested community members to spend time with the author, who will present “Hope Springs Eternal: A Time for Butterflies.”

“During this time of COVID-19, we have all the more reason to hope. This is indeed a time for butterflies,” said Dr. Deborah Van Duinen, who is founding director of the NEA Big Read Lakeshore as well as an associate professor of English education at Hope.

“We’re thrilled to host this event and open it up to area schools and to any interested community members who weren’t able to attend our author events in November,” she said.  “Ms. Alvarez is in the middle of launching her latest book, ‘Afterlife,’ so we’re all the more grateful for her generosity of time.”

Those who are interested in participating on May 6 must register on the Big Read website at hope.edu/bigread to receive the Zoom link for the online event.  The registration form will also provide an opportunity to submit questions for Alvarez in advance.  Participants will need to download Zoom in advance of the event as well.  The hour-long event will be hosted by Big Read teacher leaders Karen Rowe of Black River Public School and Audra Bolhuis of West Ottawa High School.

In addition to “In the Time of the Butterflies,” the 2019 NEA Big Read featured a book by Alvarez for middle-grade readers, “Before We Were Free.”  The Little Read that ran during the same time frame featured the children’s picture book “The Rooster Who Would Not Be Quiet!” written by Carmen Agra Deedy and illustrated by Eugene Yelchin.

More than 10,000 people participated in this past fall’s Big Read and Little Read, which featured more than 50 events from Oct. 28 through Dec. 3.  “Coming together again around Alvarez's books will feel like a reunion of sorts,” Van Duinen noted.

“In the Time of the Butterflies,” published in 1994, tells the story of the four Mirabal sisters — Patria, Minerva, Maria Teresa and Dede — who were among the leading opponents of the regime of Dominican Republic’s long-time dictator, Generalissimo Rafael Trujillo.  Because of their activism, Patria, Minerva and Maria Teresa were murdered on Nov. 25, 1960.

“Before We Were Free,” like “In the Time of the Butterflies,” is set in the Dominican Republic during the Trujillo era.  The book, published in 2002, follows 12-year-old Anita, whose family is terrorized by the secret police because they are suspected of opposing his rule.

Alvarez is the author of several novels, collections of poems, nonfiction books and books for young readers.  Born in New York City in 1950, she was three months old when she and her family moved to the Dominican Republic, her parents’ homeland.  Her father became involved in the underground opposed to Trujillo, which the authorities discovered.  Fearing for the family’s safety, the Alvarezes fled back to the United States in 1960, just months before the Mirabal sisters were murdered.

She graduated from Middlebury College in 1971, subsequently completing a master’s degree in creative writing at Syracuse University and doing additional graduate work at the Bread Loaf School of English.  After holding teaching positions at institutions including Phillips Andover Academy, the University of Vermont, the George Washington University and the University of Illinois, she returned to Middlebury College as a member of the faculty in 1988.  She left her tenured position at Middlebury in 1998 to focus on her writing, but continues to serve there as a writer-in-residence.

Alvarez has won numerous awards as an author, including the Hispanic Heritage Award in Literature, the F. Scott Fitzgerald Award for Outstanding Achievement in American Literature and the National Medal of Arts.

The recognition that she has received includes several awards for this past fall’s Big Read selections.  Among other honors, “In the Time of the Butterflies” was named a Notable Book in 1994 by the American Library Association, a Book of the Month Club choice for 1994 and a finalist for the National Book Critics Circle Award in fiction in 1995, and was chosen as one of the Best books for Young Adults, 1995, by the Young Adult Library Services Association and the American Library Association.  “Before We Were Free” was selected one of the best books of the year by the Miami Herald in 2002; was named an ALA (American Library Association) Notable and ALA Best Book for Young Adults in 2002; and received the 2002 Américas Award for Children’s and Young Adult Literature from The Consortium of Latin American Studies Programs, and 2003 ALA Pura Belpré award, which honors an outstanding work of literature for children and youth which portrays, affirms and celebrates the Latino cultural experience.

The Big Read and Little Read are Hope College programs that are presented in collaboration with 30 community partners including lakeshore libraries, non-profits, businesses and academic institutions.  The Big Read began in 2014 and has continued every year since, with the Little Read added in 2017.  The 2020 book titles will be announced in mid-June.