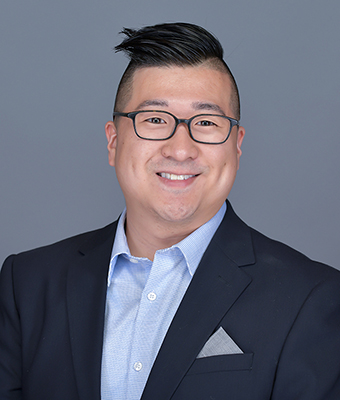 Dr. Jordan VanHemert of the Hope College music faculty has been recognized as an Henri Selmer Paris saxophones performing artist by the musical-instrument company Conn-Selmer.

“We are proud to welcome Dr. Jordan VanHemert into the carefully selected Selmer artist family,” said Dr. Scott Campbell, Conn-Selmer’s woodwind category manager.  “Dr. VanHemert is a leading and influential saxophonist in his territory and is nationally recognized as an elite musician, clinician, educator and composer.”

“For over 135 years Selmer has been making the highest quality woodwind instruments in the world. Fueled by passion and dedication to musicians the world over, Selmer has continued to be the leader in woodwind design and innovation,” Campbell said.  “The successors of the Adolphe Sax workshop, our company traces its roots to the beginning of the instrument’s existence. Likewise, our Selmer saxophone artist roster is made of the finest saxophonists in the world, comprised of the elite and influential.”

VanHemert has been a member of the Hope faculty since 2019.  He teaches applied saxophone lessons, the saxophone quartet and Survey of Jazz, and directs the Jazz Arts Collective.  His research focuses on the intersectionality of classical and jazz saxophone pedagogy and how the two musical traditions can inform each other in the lesson studio through audiation.

He is an active composer whose creative work includes fulfilling commissions for wind chamber groups and jazz ensembles all over the country. He has written for the Zenith Saxophone Quartet, Greenhill (Texas) School Flute Choir and many others.

VanHemert's many areas of performance expertise allow him to serve as a clinician for a myriad of groups, including jazz ensembles, saxophone sections and other woodwind chamber ensembles. He is frequently invited to serve as an adjudicator and clinician for MSBOA district and state jazz festivals, as well as Central Michigan University's annual Jazz Weekend. In addition, he has been invited to present his work at the Michigan Music Conference and North American Saxophone Alliance Biennial and Regional Conferences. VanHemert is a Vandoren Artist-Clinician.

Locally, he has performed in the orchestra with Hope Summer Repertory Theatre during several seasons; composed a jazz mass as part of a yearly Advent commission for First Reformed Church of Holland; and is the founder and music director of the Holland Concert Jazz Orchestra, an ensemble dedicated to increasing awareness and access to jazz education and performance programs in the area's youth. Most notably, HCJO recently partnered with Mental Health West Michigan to promote the “be nice” action plan, encouraging students to include music as a part of a healthy mental and emotional life.

Conn-Selmer is based in the U.S. and the leading manufacturer and distributor of musical instruments for student, amateur, and professional use, with brands such as Vincent Bach, C.G. Conn, King, Holton, Selmer, Armstrong, Leblanc, Ludwig, Musser, and Scherl & Roth.  Conn-Selmer is also the U.S. distributor of Yanagisawa saxophones in addition to being the North American distributor of Henri Selmer Paris woodwinds.  The performing-artist recognition is named for Henri Selmer Paris, who founded the company that bears his name.