Both the current and former managers of the DeWitt Tennis Center at Hope College, each of whom has spent his career guiding young players and serving as an advocate for the sport, are being inducted into the Western Michigan Tennis Association’s (WMTA) Hall of Fame. 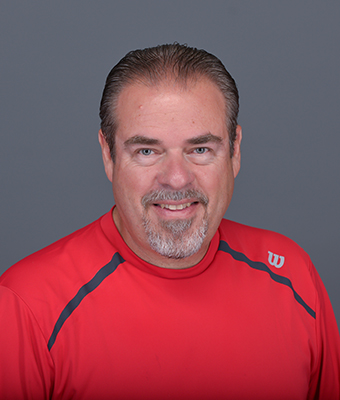 Jorge Capestany, who has managed the center since 2003, and Dwayne “Tiger” Teusink, who managed the center from 1996 until 2003, are among six people named to the Hall of Fame’s Class of 2020.  Criteria for the recognition, which is in its second year, includes being a WMTA facility tennis pro or administrator with more than 15 years of service and/or employment within the WMTA district and having made a significant and distinguishing contribution to the WMTA.

Capestany, who also directs the college’s professional tennis management program, is one of only 10 people worldwide who are Master Professionals in both the Professional Tennis Registry (PTR) and United States Professional Tennis Association (USPTA).  He is also a certified mental toughness specialist through Human Performance Institute and holds a USTA Sports Science certification.

As a personal tennis coach in Michigan, he has developed more than 180 high school state tennis champions. In addition, he is an author of three books, including “Tennis Strategy – How to Beat Every Style of Player,” as well as an entrepreneur with several web-based ventures, including TennisDrills.tv that has thousands of coach-subscribers in 65 counties, and JorgeCapestany.com, featuring free video lessons for players of all levels.

Capestany has served as chair of the PTR Education Committee, member of USTA National 10 & Under Committee, president of USTA West Michigan District, and USPTA Midwest Division president.  He was also part of the original Cardio Tennis team, delivering workshops and training coaches in Cardio Tennis. He continues to serve as a USTA faculty member, is on the Wilson Premiere Speakers Team and serves as a consultant to many tennis clubs. 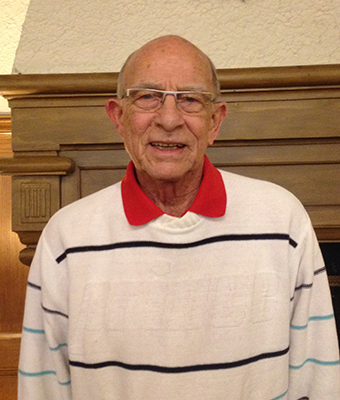 Teusink, who is a 1958 Hope graduate, coached tennis at the high school level for 40 years before becoming manager of the college’s tennis center in retirement.  He was also an assistant coach for Hope’s women’s tennis team and taught tennis lessons at Hope.

He taught and coached at Jackson High School before returning to Holland as a teacher and coach at Holland High School in 1971.  While at Holland High, he coached the girls’ tennis team from 1972 until retiring in 1997, as well as the boys’ team for several years.  He compiled a 453-176-4 across his career as a high school coach, with his tenure at Holland High including a combined 16 regional championships and 13 conference titles.  While coaching high school tennis, he was proud to be a “no-cut” coach and often had 50-55 players on the teams.

From 1974 to 1991, he was the Sanction and Schedule director for the WMTA as well as the director of the Inter-City Youth League, which included many communities in West Michigan.

Teusink has also been active in tennis at the state level, including with the Michigan High School Athletic Association (MHSAA) and the Michigan High School Tennis Coaches Association (MHSTeCA), serving the latter as president, vice president and secretary/treasurer.  His service to the MHSAA included serving on the Finals seeding committee for more than 30 years, and managing many Regional and Finals tournaments.

The others who have been named to the WMTA Hall of Fame this year are Judy Acker, Sherry Acker, Charles “Bud” Donnelly and Jack Vredevelt.  The six honorees will be inducted at a date that is still to be determined, since the original event, which was scheduled for April 26, was cancelled due to the global COVID-19 pandemic.