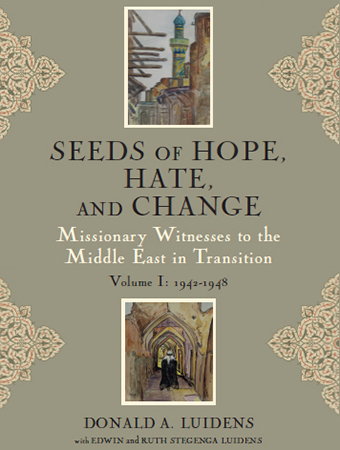 A new book by Dr. Donald Luidens of the Hope College faculty depicts a region in transition as it chronicles a missionary couple’s service in the Middle East during the middle of the 20th century. 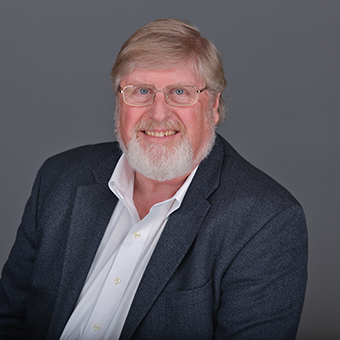 “Seeds of Hope, Hate, and Change: Missionary Witness to the Middle East in Transition,” which was published in December by the Van Raalte Press of the college’s Van Raalte Institute, is a global story, but also a personal one.  The missionaries, the Rev. Edwin and Ruth (Stegenga) Luidens, were his parents.

The book focuses on 1944-57, when the couple served in Iraq and Bahrain. It conveys the rhythms, rewards and challenges of life as part of the Arabian Mission of the Reformed Church in America during a period of tremendous political and cultural change.

“They went over at a time when the British Empire was collapsing, the war was raging in Europe and refugees were flooding the region,” said Donald Luidens, a professor emeritus of sociology who retired in 2014 after teaching at Hope since 1977.  “It was a time of unease and angst, and yet a time of optimism and hope.”

“Missionaries themselves brought a sense of that optimism and hope, and were welcomed and appreciated for helping the people through schools and hospitals and in other ways, but at the same time they carried with them the baggage of being part of the Western world that had created huge frustration and anger,” he said.

“Seeds of Hope, Hate, and Change” draws extensively on hundreds of letters sent between the couple and family members and others, providing first-person, contemporary perspectives on the people, places and times.  A specialist in the sociology of religion, Luidens developed the surrounding narrative to set the material in its cultural and historical context.  His additional research for the project included traveling to the Middle East in 2012.

Highlights of Edwin’s and Ruth’s experiences shared in the book include: surviving a harrowing trans-Atlantic voyage in the midst of World War II; finding their way through the maze of rumors and refugees which characterized war-time Lisbon; and traveling across the Mediterranean to Cairo, Haifa, and finally Baghdad and Basrah, Iraq. Their early days in Iraq led them into very different spheres: Ruth found herself spending a great deal of time in harems, learning about the domestic lives of upper-class women. At the same time, she ministered to very poor folk, marveling at their resilience in the midst of poverty. Edwin, meanwhile, was mastering the labyrinth of Iraqi, British colonial and Allied military bureaucracies.

Over the dozen years covered by the “Seeds of Hope, Hate, and Change,” Edwin and Ruth lived through the end of the British Empire; the dawn of the Atomic Age; the rise of Arab nationalism; the establishment of Indian, Pakistani, Egyptian, and Iraqi independence; the carving of Israel out of Palestine; and the Suez Canal crisis.

During their time in the mission field, Edwin also came to appreciate that mass media could be an invaluable tool, able to reach more people than was possible through individual interaction.  He later held positions with the ecumenical Radio, Visual Education and Mass Communication Committee (RAVEMCCO) and The Radio Voice of the Gospel (RVOG), first in New York City and then in Beirut, Lebanon.

In addition to the book having been written at Hope, the story in a sense also began at the college, which is affiliated with the Reformed Church in America.  Edwin and Ruth met as students at Hope, from which they graduated in 1940 and 1942 respectively, and their parents were also Hope alumni.  Luidens followed them to the college, graduating with a history major in 1969 before returning to teach eight years later.

Luidens began working on the project shortly before retiring, having inherited the materials several years previously following the deaths of his parents (Edwin died in 1989, and Ruth in 1977).  His parents, in turn, had received them from Edwin’s father, the Rev. Anthony Luidens, who carefully saved the letters that his son and daughter-in-law sent home.  He continued his research and writing in retirement as a visiting research fellow and senior research fellow with the Van Raalte Institute.  In 2016, he shared a preliminary account of the couple’s first years abroad in the 106-page monograph “Seeds of Hope, Seeds of Hate: A Love Story (Begins),” also published by Van Raalte Press.

Luidens is the award-winning author of five other books and of numerous scholarly articles.  He co-authored the book “Vanishing Boundaries: The Religion of Mainline Protestant Baby Boomers,” which received the 1994 “Distinguished Book Award” from the Society for the Scientific Study of Religion, and co-edited “Rethinking Secularization: Reformed Encounters with Modernity,” “Reformed Vitality: Continuity and Change in the Face of Modernity,” and “Reformed Encounters with Modernity: Perspectives from Three Continents.”  With Hope sociology colleague Dr. Roger Nemeth and colleagues from Calvin College, he authored the book “Divided by a Common Heritage: The Christian Reformed Church and the Reformed Church in America at the Beginning of the New Millennium.”  An article he co-wrote with Nemeth for “The Church Herald” received an “Award of Excellence” in the 1998 Awards Contest of the Associated Church Press.  Through the years he received or co-received a variety of external grants in support of his research.

He is also an acclaimed teacher.  In 1987, he received the “Outstanding College Sociology Teacher of the Year Award” from the Michigan Sociological Association.  The graduating class awarded him the “Hope Outstanding Professor Educator” (H.O.P.E.) Award in 2003, and the college presented him with the “Janet L. Andersen Excellence in Teaching Award” in January 2014.  In February 2014, he spoke through the “Last Lecture Series” at the invitation of the college’s chapter of Mortar Board.  In addition to teaching on campus, he led students on study-abroad programs in both Japan and Palestine/Israel in the 1980s.

Following his undergraduate years at Hope, he earned a master of divinity at Princeton Theological Seminary in 1972, and a master’s and a doctorate at Rutgers University in 1974 and 1978 respectively.

Established in 1994, the Van Raalte Institute specializes in scholarly research and writing on immigration and the contributions of the Dutch and their descendants in the United States.  The institute is also dedicated to the study of the history of all the people who have comprised the community of Holland throughout its history.  In 2007, then-director Dr. Jacob E. Nyenhuis established The Van Raalte Press as a vehicle to publish the publications developed by the institute.  The Van Raalte Press is also the official publisher of papers presented at the biennial conferences of the Association for the Advancement of Dutch American Studies.

“Seeds of Hope, Hate, and Change: Missionary Witness to the Middle East” has been published as a two-volume set and totals more than 1,000 pages.  The price for the set is $30.  It can be purchased at hope.edu/vri.