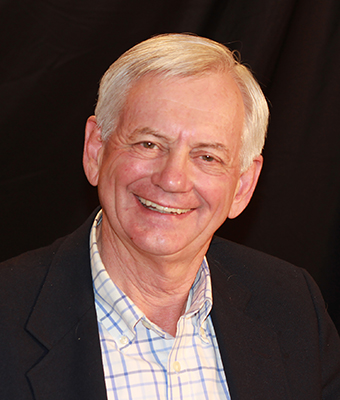 Lecture to Consider “Moral Formation in the Modern Market Economy”

Dr. P.J. Hill, who is a senior fellow of the Property and Environment Research Center and professor emeritus of Wheaton College, will present “Moral Formation in the Modern Market Economy” on Monday, Nov. 8, at 7 p.m. at Hope College in Winants Auditorium of Graves Hall.

The event will also be livestreamed at hope.edu/live and via the Hope College YouTube channel.

As outlined in the presentation’s description, “The formation of moral virtues is an important part of human flourishing. That formation needs to be informed, however, by an accurate understanding of the world we live in. Dr. P.J. Hill, an economic historian, argues that several aspects of the modern economy are not well understood. The dramatic reduction in poverty over the last 200 years and the opportunity to participate in meaningful economic activity should be celebrated. Thoughtful citizens should also recognize the temptations that the modern economy presents.”

Hill joined the Wheaton College faculty as a visiting professor in 1986 and was the George F. Professor of Economics from 1987 until becoming professor emeritus in 2011. He previously taught at Montana State University for several years. He has been a senior fellow with the Property and Environmental Research Center in Bozeman, Montana, since 1995.

The lecture is hosted by the college’s Markets & Morality student organization, which had also hosted a virtual presentation by Hill in September 2020, when he presented “Stewardship for Everyone: An Economist’s Proposal for Environmental Health.” The Markets & Morality student organization aims to support and celebrate freedom of expression in the context of the liberal arts by hosting speakers and films on topics spanning the economic, political and cultural aspects of human civilization, with a special concern for human flourishing as understood in Christian perspective.