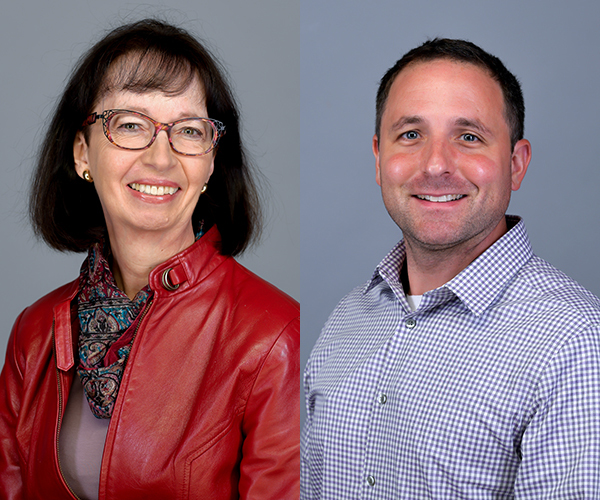 Hope College faculty members Dr. Anne R. Larsen and Dr. Steve Maiullo have received international recognition for their 2021 book “Anna Maria van Schurman: Letters and Poems to and from Her Mentor and Other Members of Her Circle,” released in September by Iter Academic Press (Toronto) in the influential series “The Other Voice in Early Modern Europe.” The book has been awarded the annual Scholarly Edition in Translation Award from the Society for the Study of Early Modern Women and Gender (SSEMWG).

Anna Maria van Schurman (1607-78) was acclaimed during her lifetime both as the most learned woman of her era, and as a controversial figure who, in her last decade, renounced the argumentative culture of Dutch Reformed scholasticism, denounced the lax standards of the official Reformed Church, and — to the dismay of her former mentors — moved from Utrecht, in the Netherlands, to Amsterdam to join the controversial coeducational “Christian household” led by Jean de Labadie, a French former Jesuit and convert to Calvinism.

In the present volume, Professors Larsen and Miaullo translate and give cultural context for her letters and poems in Latin and French from 1631 to 1669 — the year that van Schurman broke with the official Reformed Church and joined the “Labadists.”

With the encouragement of her father, who advised her to remain single to pursue her studies, and at a time when women had few opportunities outside the home, Anna Maria van Schurman undertook an advanced education under the mentorship of two of the top Reformed theologians and pastors of the era, André Rivet, and her neighbor Gisbertus Voetius (whose portrait adorns the college’s A.C. Van Raalte Institute). The support of Voetius enabled her, in 1636, to pursue studies in theology and Near Eastern languages at the University of Utrecht. Mastering over a dozen languages and reading deeply and widely, she became known as “The Star of Utrecht,” corresponding internationally with the eminent scholars of her day on topics including theology, philosophy, medicine and the arts.

As explained by the award-announcement letter, the volume by Larsen and Maiullo “makes available in English, largely for the first time, much of van Schurman’s correspondence with the most illustrious minds in Europe and shows how widely it was disseminated.”  The selection committee also praised the book’s additional content, which includes a lengthy introduction and appendices providing biographical material and historical and religious context to trace van Schurman’s experiences, intellectual development and influence. The volume demonstrates that “her thought and significance have been insufficiently understood.”

Larsen and Maiullo are currently engaged in the project of translating and editing, for the first time, van Schurman’s “Eukleria,” in which she offers her spiritual autobiography. The work includes her defense of breaking with the official Reformed church to join the controversial Labadist community, which she believed better reflected the New Testament vision of the church as the “Bride of Christ.”

Anne Larsen is a retired member of the college’s French faculty whose main field of research is the literary writings and intellectual history, biography and education of European Renaissance and 17th-century women. She has spent years studying van Schurman and her life and impact, and her numerous publications include the 2016 book “Anna Maria van Schurman, ‘The Star of Utrecht’: The Educational Vision and Reception of a Savante.”

Steve Maiullo is an associate professor of Classics and chairs the college’s Department of World Languages and Cultures.  A specialist in Latin and Greek, he played a central role in translating and editing van Schurman’s Latin-language letters and poems.