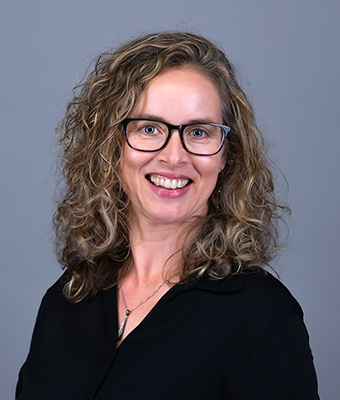 Dr. Anne Heath of the Hope College art and art history faculty has received a Summer Stipend for research from the National Endowment for the Humanities (NEH).

The grant is one of only 103 Summer Stipends awarded by the NEH to scholars around the country.  The $6,000 stipends support full-time work on a humanities project for two months.

Heath, who holds the college’s Howard R. and Margaret E. Sluyter Professorship in Art and Design, will use the stipend as she continues research for a book.  She is investigating the relationship between how the Abbey of La Trinité (the Holy Trinity) in Vendôme, France, displayed a religious relic known as The Holy Tear of Christ during the Middle Ages and Renaissance, and what people of the time experienced when they came to the abbey on pilgrimage.  The stipend will help her travel to the abbey and related sites, and to archives in France and England.

She has been developing the book, and a related digital teaching companion, since 2016, reflecting her ongoing scholarly interest in how people relate to and are affected by architecture and art objects in the context of their historical era and culture.  Her previous publications include the recent book of essays “Art, Architecture, and the Moving Viewer, c. 300-1500 CE,” released this spring by Brill Publishers. In addition to co-editing the volume with Dr. Gillian B. Elliott of the George Washington University faculty, she wrote a chapter based on her work on the abbey and Holy Tear.

As Heath explains, the Holy Tear was said to have been shed by Jesus Christ at the tomb of Lazarus and collected in a vase made by an angel.  The Holy Tear was brought to the abbey during the era of the crusades.  It was also believed to have curative properties.

“The monks created one of the most exciting and controversial relic cults of the late medieval and Early Modern periods,” she said.  “At stake was the central question of how belief could be engendered in what was actually a small piece of crystal imprisoning a moving drop of liquid.”

The Holy Tear has been lost since the early 19th century, so it can’t be directly examined. However, there is a wealth of material available to study, including manuscripts, stained glass, pilgrim’s flasks, and antiquarian drawings.  Some scholars, Heath said, have studied how the tear relates to the history of emotions, and others have sought to determine the rituals surrounding the relic and how it was featured in the abbey. Her research is taking a different route by offering a much more comprehensive analysis of the development of the cult as an all-encompassing sensory experience.

“To date, no comprehensive study has brought together each facet of this dynamic cult and its physical surroundings, or has examined how each contributed to creating the Holy Tear’s aura and believability as a sacred object,” she said.

Heath’s research has included spending the summers from 2016 through 2019 at the abbey in Vendôme and in Paris.  Among other questions, she’s sought to answer where the Holy Tear was displayed by carefully studying the abbey itself and archival records going as far back as the 13th century, a task that she notes has been complicated by the fact that the abbey has been remodeled multiple times during the centuries since.  Hope students have been working with her collaboratively on the project, even traveling with her to France and helping to catalog the abbey’s manuscripts, transcribing and singing the office of Lazarus, and photographing the abbey for a 3D model and maps that will be part of the digital teaching companion.

A member of the Hope faculty since 2007, Heath has received numerous grants and awards for her research and teaching that have enabled her to travel in the United States and abroad to conduct archival and fieldwork research.

Her teaching at Hope includes Introduction to Art History, and courses in Medieval, Islamic, Renaissance and Baroque art and architecture, all of which take a global approach to the art historical periods. Upper-level seminars include topics such as introduction to theory and methods, historical artistic techniques and the activation of the senses in pre-modern art. She also teaches seminars in which students among other projects have curated exhibitions for the college’s De Pree Art Center and Gallery, proposed a redesign of the Dutch painting galleries for the Holland Museum and assisted in exhibitions for the Kruizenga Art Museum.