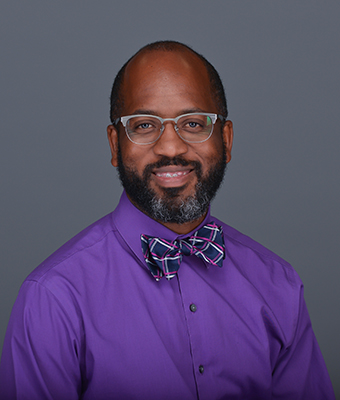 Hope College has named Dr. Gerald Griffin, an accomplished scholar in neurology and psychology with a proven record of administrative leadership, as its provost.

The appointment was confirmed during a special meeting of the college’s Board of Trustees convened on March 22, and follows a national search for the position, Hope’s chief academic officer.  A member of the Hope faculty since 2015, Griffin has been interim provost since January 2021.  He had previously served as associate provost for academic affairs since 2019.

“I could not be more excited about Dr. Gerald Griffin as Hope’s next provost,” said Hope College President Matthew A. Scogin.  “Gerald is an accomplished scholar who deeply loves Hope College and leads with his Christian faith at the center of everything he does. I look forward to working with him as he sets a vision for taking our academic programs to new heights. Gerald shares my passion for making Hope College the best Christian liberal arts in the country. Not a great institution, but the best.”

Griffin noted that he is looking forward to continuing to work with his faculty and staff colleagues on behalf of the outstanding, student-focused learning community that drew him to Hope seven years ago.

“It is an honor to serve the Hope College community,” he said. “I look forward to living into the mission and vision of Hope with dedicated faculty, staff, administrators, and students, and building on a strong foundation of academic excellence to set a vision for attracting and retaining the world’s best scholars, continuing to invest in world-class teaching and enhancing our reputation for undergraduate research.”

Griffin is a neuroscientist and virologist who is also a faculty member in the departments of biology and psychology.  He is part of the team that has been implementing the college’s strategy for mitigating the presence and impact of COVID-19 on campus since 2020.

He has many peer-reviewed publications that represent his dedication to neuroscience research and education.  He has mentored and published with more than 30 undergraduate and graduate students, and has been active in numerous science-education opportunities, including serving in leadership roles on the Faculty for Undergraduate Neuroscience.

His research interests primarily focus on the reciprocal interactions between viruses and the nervous system.  In 2019, he was named an Emerging Scholar by Diverse: Issues in Higher Education, and Hope presented him with its Janet L. Andersen Excellence in Teaching Award.  In 2016, he and his team of Hope student researchers received the college’s “Social Sciences Young Investigators Award” for investigating the normal functioning of the peptide amyloid beta, which has been found in elevated levels as a plaque in the brains of Alzheimer’s patients.

He delivered the address during the Opening Convocation at the start of the current school year in August.  During the college’s Winter Happening event in January 2017, he presented a seminar examining research highlighting the roles of infectious agents in decreasing mental function.

Griffin also has a passion for music. He is an accomplished trombone player and singer. He has toured Europe with the United States Collegiate Wind Band and frequently leads worship at his church in Holland.