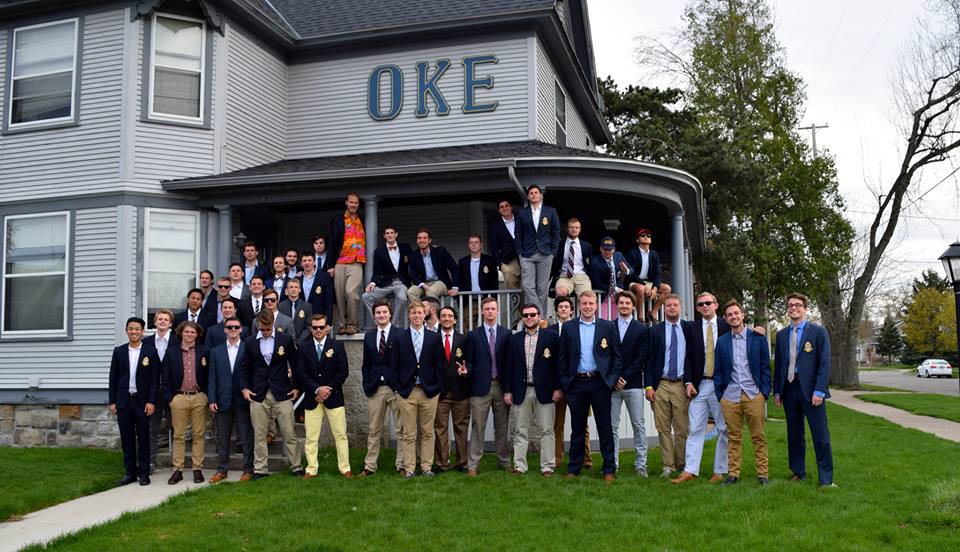 The Fraternal Society was established in 1834 at Union College in Schenectady, New York. After prospering for 25 years, it was disbanded when the active members joined the national fraternity, Alpha Delta Phi.

In 1864, Dr. Philip Phelps, Jr., a Frater alumnus and then president of the Holland Academy, re-activated the Fraternal Society. Two years later the academy became Hope College, with Dr. Phelps as its president.

The mission of the Fraternal Literary Society is to willfully suspend ourselves into the balance of spiritual, mental, physical and emotional capacity by upholding the standards of the fathers of our organization. This includes enriching new members of Fraternal with the ways of brotherhood, maintaining a tradition of leadership and excellence, and abiding to the guiding faith of friendship, love and truth to our members. The portrayal of our everlasting strength will shine eternally through to our members, our friends and community, and most importantly to our history of founding brethren.