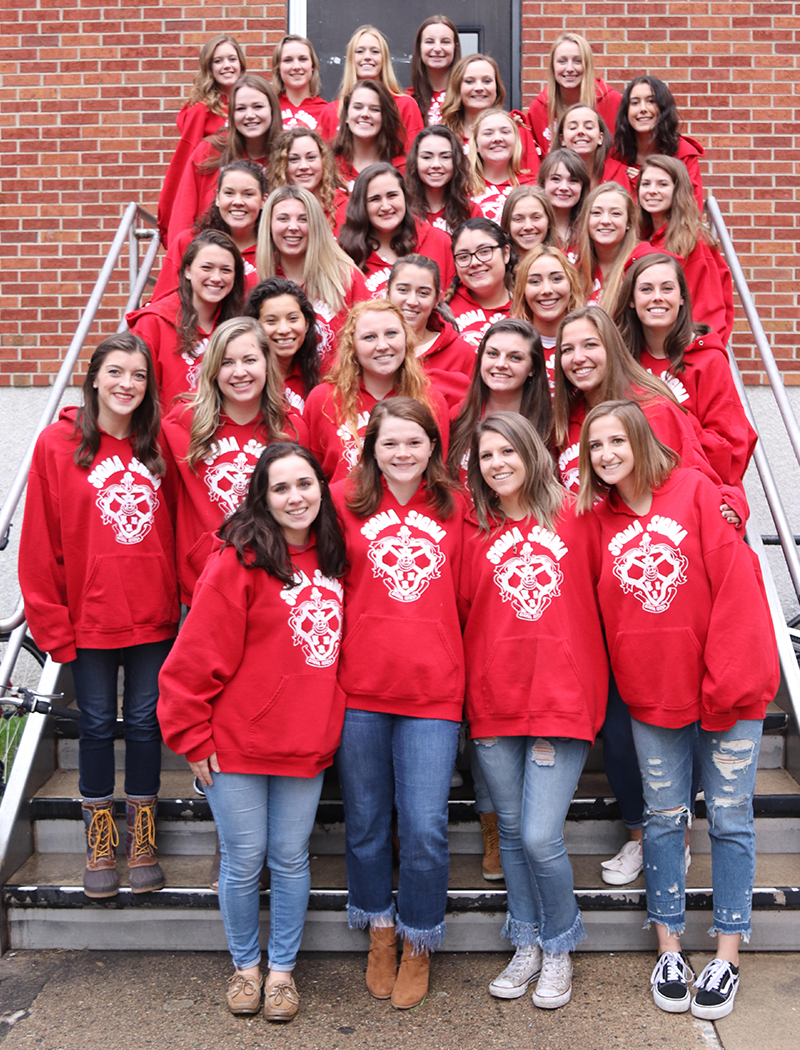 The purpose of the Sigma Sigma Sorority shall be to create an environment that fosters friendship; to provide an opportunity for social and cultural growth among its members; and to bring a group of diverse individuals together in a positive and supportive atmosphere.

The Minerva Literary Society was founded in 1894 by a group of women. It was named Minerva for the Greek goddess of strength and wisdom.

By 1905, a student by the name of Hannah Hoelcje came to the profound conclusion that Hope College needed a little bit more social activity. She came up with the plan of the Sorosis Society. After spreading the ideals and values to the women at Hope, the women of the Minerva Literary Society founded the Sorosis Society. "Strength and Honor" became the immortal motto.

The oldest fraternity on campus adopted the Sorosis Society, the oldest sorority on campus, as their sisters. This friendly status has been maintained ever since — in individual cases it has often gone far beyond the circle of mere friendship. The first executive board was MHSA Elizabeth Grotemat (President), MHSA Estelle Kollen (Vice President), MHSA Nina B. Coggeshall (Secretary), and MHSA Anna Huizenga (Treasurer).

The name Sigma Sigma was also adopted in 1905, and it became the more common name as time went on. Sigma Sigma means Wisdom Wisdom.

Today, the Sigmas are prominently seen on campus in their bright red sweatshirts. The friendships that the sorority creates continue to grow.

To be ever mindful of strength, service and loyalty, the requisites of true womanhood. To endeavor to seek the highest and strive for the best; To let sympathy and unselfishness dominate my actions toward all; To cherish the friendship that binds us together as the most precious gift of life. To strive to be broad minded and fair; To allow my friendships to follow far beyond the circle of Sigma Sigma; To let my life be lived not for self, but for others. To believe in the possibility of self-development; To believe in myself and to believe in others; To believe in a strong body, a keen mind, a pure heart; To believe in simplicity of manner, strength of purpose and in beauty of character. And so I believe in Sigma Sigma!