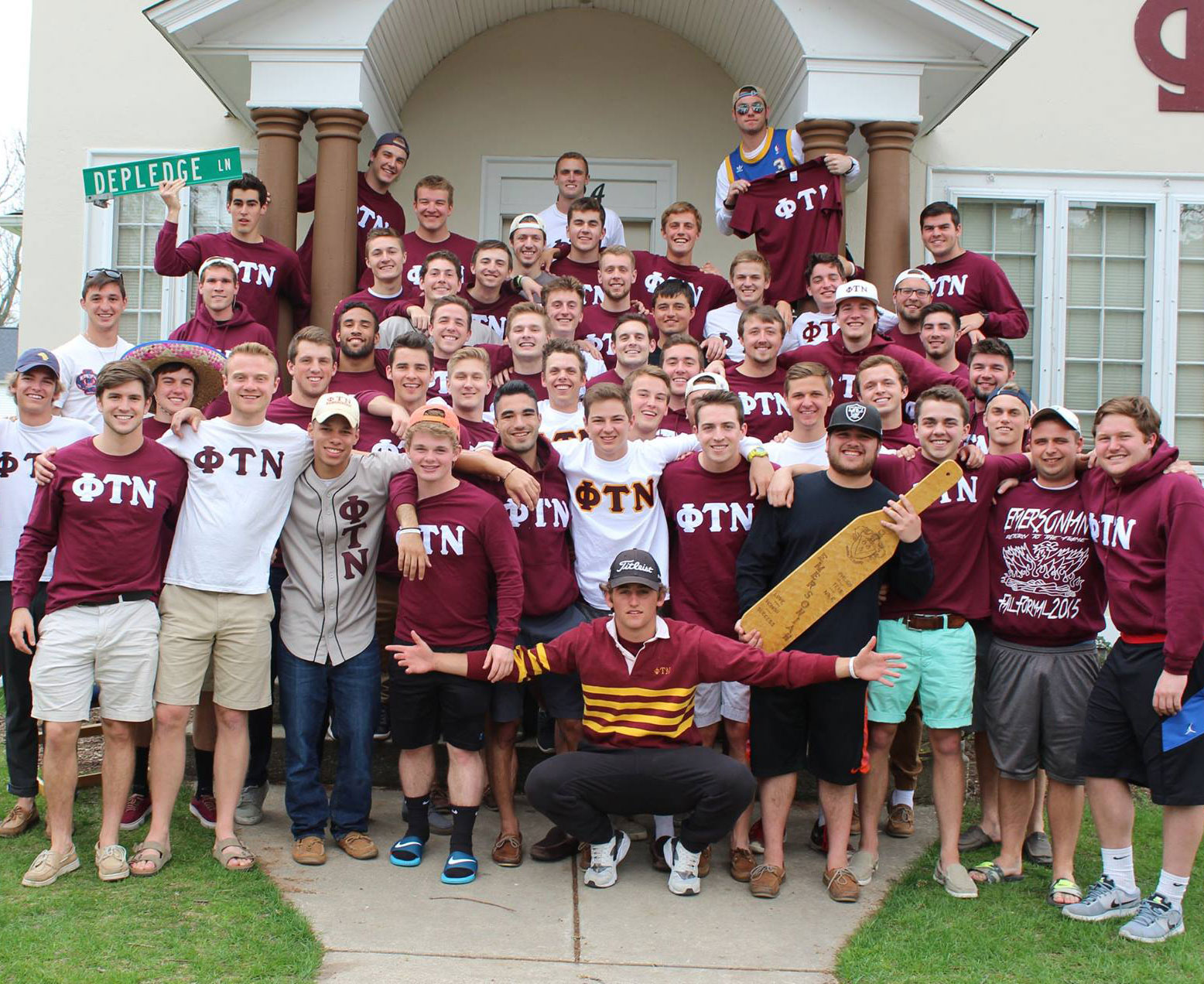 The fraternity was founded in 1919 as the Emersonian Literary Society with Ralph Waldo Emerson as the patron saint. In 1929, the literary society reorganized and became a social fraternity, keeping the name of Emersonian and choosing the Greek letters Phi Tau Nu. They stand for Philius, Teme, Nike, or love, honor, success.

Similar to many colleges across the country, Hope was deeply affected by the Second World War. The Emersonians went from being one of the larger organizations on campus in the early 1940s, to being temporarily forced to dissolve during the later years of the war. The spirit of Emersonian at the time is stated nicely in this passage from the inaugural address of the first wartime fraternity president:

To those of us who remain to carry on the work of Phi Tau Nu there is a great challenge. The responsibility rests upon our shoulders to keep Emersonian on top, even with reduced numbers and many restrictions. We cannot presage the future or tell how long this war will last, but we do know that Emersonian will outlast the war. The character and will of every Emersonian is proof of that fact.

Today, the Emersonian fraternity continues to thrive at Hope College.