The global studies major serves as preparation for careers in such fields as international business, economics, government, law, history, sociology, the arts and work with non-governmental organizations.

Paul Baker is currently a senior contract manager providing global contracting and commercial solutions for UnitedLex/DXC Technology. He is an accomplished global business leader in commercial contract management with a record for driving business growth of companies in the information technology and telecommunications industries in Germany, Switzerland and the United States. He is a problem solver who asks the question "what if" and explores ways to win business through sound strategic contract development, holistic thinking and smart collaborative negotiations. Paul graduated with a double-degree in international studies and business administration from Hope, and received his MBA in international business from the Manchester Business School (England) in 1994, and a master's in commercial and government contract management from Villanova University in 2010.

Paul spent over 21 years working in Europe, where he lived in Germany, England, Croatia and Switzerland. He has conducted business deals in 128 countries. He speaks fluent German and lives with his German wife and son in Saline, Michigan.

Niki Ramirez is a passionate facilitator of global learning and student development. She currently leads the University Relations Team for the Kellogg Company, overseeing the Corporate Internship Program and University Recruitment Partnerships. Recruiting students from colleges and universities across the United States, Niki is committed to developing the next generation of culturally competent, inclusive and driven leaders.

Niki received her bachelor's degree in Spanish and international studies from Hope College in Holland, Michigan. During her undergraduate experience, Niki spent a semester studying abroad in Buenos Aires, Argentina. She has gone on to receive her master of education degree in international higher education from Loyola University in Chicago. Multi-culturally minded, Niki loves working with students, exploring new cultures and learning new languages. She has a passion for developing programs that allow students to grow in ways that challenge their comfort zones and put their education into practice. 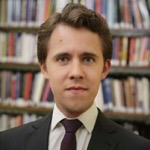 His additional experience includes leading environmental security and impact investment projects in Asia, Africa, Europe and the Americas, enabling public-sector applications of Big Data and AI within the U.S. intelligence community, and supporting development and security programs at the U.S. Department of State.

Adriane Burmester ’14 Mulcahy graduated from Hope in 2014 with a double major in economics and international studies. While at Hope she was able to study abroad in both Moscow and St. Petersburg, Russia. After graduating she went straight into graduate school at American University in Washington, D.C., earning a master's degree in international affairs in 2019. As part of her graduate degree, she volunteered with the Peace Corps for two years (2016–2018), teaching English at a secondary school in the Kyrgyz Republic. Adriane is currently a data analytics and visualization consultant with Environmental Resources Management, Inc. (ERM) in Milwaukee, Wisconsin.

At Hope College, Michael majored in international studies, -political science and sociology. Immediately following college he spend a year in AmeriCorps at Harderwyk Ministries in Holland, where he taught a suspension program for middle schoolers in West Ottawa. The following year he received a master's degree in international peace and conflict resolution at the American University in Washington, D.C. Now he is a doctoral candidate in political science at the University of Illinois at Chicago, where he is focused on water management in cities in the developing world. He is also an adjunct professor at Trinity Christian and Elmhurst colleges.

After graduating from Hope in 2015, Shubham went to finish his master's in international studies and religion from the University of Denver. He notes that going to University of Denver was one of the most life changing years of his life. He appreciates the suggestion of his advisers Dr. Annie Dadavati and Dr. Jack Holmes from Hope College to enroll in Denver, who are both alumni of DU as well.

After graduating from Denver in 2017, Shubham moved back to his home country of Nepal to work for a development firm that was using informationi technology for social and behavior change. During his time, he was able to explore various rural parts of Nepal to understand the contexts of development and transition in the country. At the same time he was able to backpack in the Himalayas, a hobby that he has always adored since childhood. With this experience, Shubham is now enrolled in a Ph.D. studying how religious, spiritual and political worldviews evolve psychologically in line with the natural and social environments in the context of rural Nepal and the Himalayas where development and policy work is still in its initial stages. 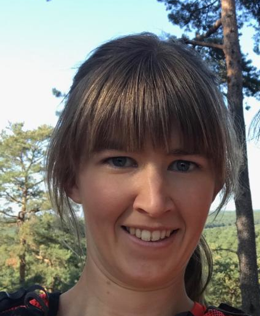 Following her graduation from Hope College in 2012, Reneé pursued a master's degree in international relations and international economics at the John Hopkins University's School of Advanced International Studies (SAIS) in Bologna, Italy (2013) and Washington, D.C. (2014). Following graduation from SAIS, she started working with the French International non-governmental organization ACTED in the area of grants management in Tajikistan and South Sudan. After her deployment to South Sudan, she was hired to be the subnational shelter cluster coordinator in eastern Ukraine, a position hosted by the Czech NGO People in Need. Following two years in Ukraine, she joined the Global Shelter Cluster in Geneva, Switzerland, with UNHCR, the UN Refugee Agency. She provides support to country-level shelter cluster coordinators mostly in Africa but also in Ukraine. In 2019, she worked with field colleagues to produce draft guidance on rental housing assistance programs for UNHCR. She regularly applies skills in strategy development, geographic information systems and data analysis. Reneé is fluent in English, French, Spanish and Russian.

Tessa Angell ’13 Zanoni graduated from Hope College in 2013 with a double major in international studies and Spanish. She received a Fulbright English Teaching Assistantship from 2013–14 at a secondary school in Santander, Spain. After returning to the U.S., she worked in the Office for International Programs at Loyola University Chicago, where she also earned her M.Ed. in cultural and educational policy studies. Tessa is currently the assistant director of the Office of International Affairs at North Park University, where she advises study abroad and international studies. She also serves as the Gilman and Critical Language Scholarship advisor on campus and is committed to creating more equitable access to international opportunities for North Park students. 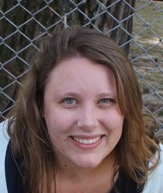 Alyssa Van Til graduated in 2012 with a B.A. in international studies and psychology. Since then, she has held a variety of positions working with people from all over the world, including teaching ESL in the U.S., Japan and China. Her calling and interest in teaching has since brought her back to Japan, where she is now an assistant language teacher in Iwaki, Fukushima.

Elise Edwards graduated with a double major in French and international studies. Immediately following graduation, she spent six years with the U.S. State Department, serving overseas tours in Jakarta, Indonesia; Kinshasa, Democratic Republic of Congo; and Basrah, Iraq. She also toured in the Foreign Service and went to work as the director of community life for a church, leading international and local missions engagement, volunteer coordination and event planning.

She currently works for the United Nations Foundation in Washington, D.C., planning and leading international learning trips for delegations of congressional members and staff, celebrities, donors, partners and grassroots advocates to visit the work of the UN abroad. She also manages high-level board meetings for the foundation.

Katie Roskam graduated from Hope College with a double major in international studies and art history. She earned her J.D. from Loyola University Chicago School of Law thereafter, followed by a L.L.M. in taxation with honors from Northwestern University School of Law. Katie is now an associate attorney with Varnum LLP in Grand Rapids, where she works with the tax and employee benefits practice teams, focusing on business tax, international tax, executive compensation, qualified plans, and international tariff and sanctions issues. She has experience working with business of all sizes from startups to mature, large companies, including partnerships, limited liability companies, private and publicly-help corporations, and individual taxpayers. She advises these businesses across a variety of areas including tax business and employee benefits law. Katie writes and speaks about her respective practice areas, including international tax matters and employee benefits.

Samantha Poon graduated from Hope with a double major in political science and international studies. While at Hope, she was a member of the International Relations Club and heavily involved in the international community. She studied abroad in South Africa, which she would highly recommend to everyone. After graduating from Hope, Samantha took a year off and then received her J.D. from Wake Forest University School of Law. During law school, she fell in love with immigration law and all of its nuances and complexities. She is currently participating in the Department of Justice Attorney Generals Honors Program and is clerking for the Chicago Immigration Court. Samantha advises immigration judges via research and decision-writing.

After graduation, Stephanie spent six months doing international mission work in Australia and Indonesia through Youth with A Mission. She returned to Holland, Michigan, to attend Western Theological Semninary, where she completed her M.Div. in 2012. Stephanie served as an AmeriCorps member at Good Samaritan Ministries from 2011–2012 and continued to work there for three more years, serving families facing house emergencies, hosting a poverty reduction program and coordinating teams of volunteers from area churches.

In 2016, she began working at the Reformed Church in America, in Grand Rapids, Michigan, where she serves as coordinator for volunteer engagement. In this role, Stephanie works to connect church groups and individuals to mission service opportunities with domestic and international partners. She also equips the church to engage in healthy mission practices that transform the churches that serve and the communities where they invest themselves. 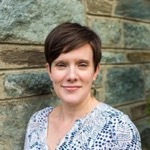 Hannah Guedenet graduated from Hope College with a double major in international studies and French and received her master's in public health from the Johns Hopkins Bloomberg School of Public Health. She is currently senior director of nutritions programs for Tanger based in Washington, D.C. At Tanger, she provides technical guidance and project management on nutrition-sensitive agriculture projects in East and West Africa, as well as supports outreach and new business opportunities. In addition to her nutrition expertise, Hannah has a background in corporate communications, having led communications initiatives for several agriculture-nutrition organizations, including ACDI/VOCA, HarvestPlus and GAIN. She began her career as a Peace Corps volunteer in Guinea, where she served as a public health volunteer and technical assistant for Helen Keller International.

A celebration of cultures from around the world will be take place during Hope College’s “IMAGES: A Reflection of Cultures” showcase on Saturday, Nov. 13, at 7 p.m. at the Knickerbocker Theatre.

Need help with a career?

Network with business leaders, learn job search strategies and build a strong resume at the Boerigter Center for Calling and Career.