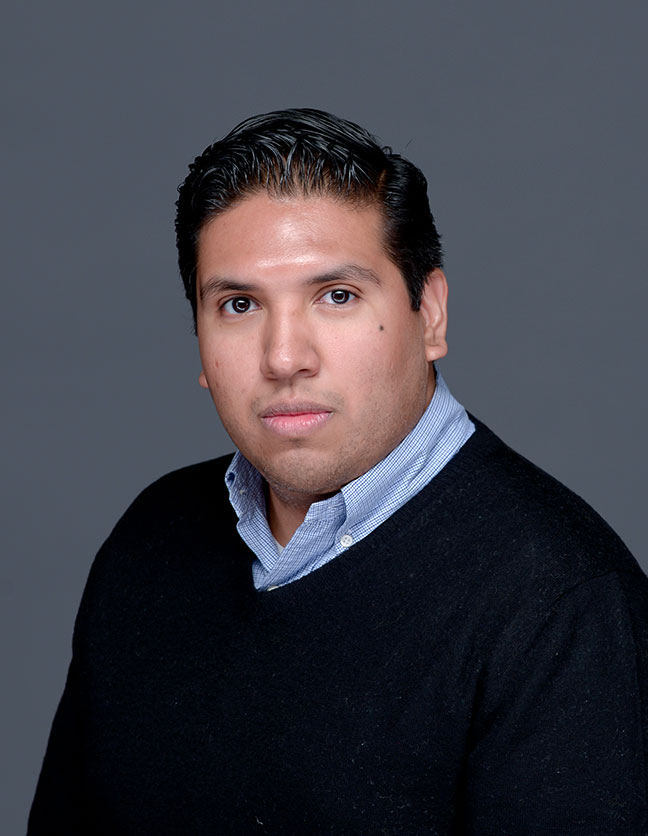 Freddy Velazquez is the broadcast engineer for the communication department. Hired in July of 2013, Freddy is responsible for nearly all of the college's broadcasting and filming needs. He manages the TV studio, video equipment, editing suites and media lab; teaches students how to use equipment and how to edit using video production software; and helps students with video shoots and productions.

Freddy is also the Livestream Coordinator for Video Services in Public Affairs and Marketing. He also coordinates and produces student-run live streaming for sports and other events through the communication department. He creates graphics for the streams and oversees the production. Freddy’s live streaming also extends to the TEDx Macatawa conference held at the Knickerbocker Theatre.

In addition to his many other roles, he creates videos for other departments around campus and is a part of the movie making day camp held at the college over the summer for area children.

He has also spent time at Beechwood Church and Iglesia Alas de Aguila as a media specialist, designing, shooting and editing videos. He also managed their social media accounts.

Freddy has done a lot of freelance work over the years, including being on crew for a Detroit Piston’s game for Fox Sports Detroit.

Freddy grew up in Holland and remembers Hope as always being a part of the great community. Growing up, he attended Hope’s CASA program and went to football games, so Hope has been a part of his life since he was young. Now that he has the opportunity to work here, he loves that he can make a difference and pass on what he has learned from working in the field.

It's a great campus and an amazing work environment for Freddy, and he has made some great friendships and met many amazing students.

When he’s not on the job, Freddy enjoys visiting his family and eating oranges in Miami. You can also find him rooting for the Mexican national soccer team with his autographed jersey, which he is very proud of.