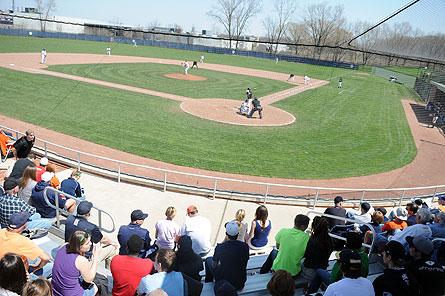 The top four teams from the regular season will compete in the double elimination tournament to determine the MIAA's qualifier to the NCAA Division III championship.

Hope and Adrian were co-champions while Trine and Calvin followed in third and fourth place. The Flying Dutchmen gained the tournament's top-seed by virtue of having won the regular season series against Adrian. Trine will be seeded third and Calvin is fourth.

Hope and Adrian will each host a single nine inning game on Wednesday. All of the action continues to Hope on Thursday and Friday.

Hope and Calvin will be playing for the fifth time in six days. The teams concluded the regular season with Hope clinching the league co-championship by defeating Calvin three times in the four game series.

Adrian won the inaugural MIAA tournament in 2012. Hope and Trine are making their second appearance while Calvin in it for the first time.

Adrian is bidding for its sixth consecutive NCAA appearance. Hope last appeared in the NCAA tournament in 2007 and Calvin back in 2002. Trine is seeking it first post-season opportunity.