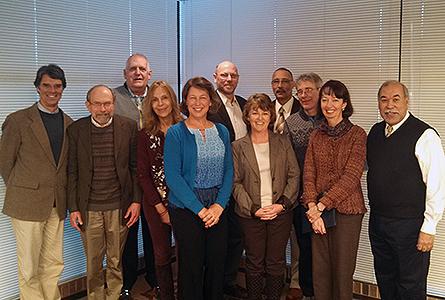 The annual recognition event traditionally marks the beginning of the college’s second semester and was originally scheduled to take place in conjunction with a luncheon on Monday, Jan. 6, but was postponed when the region-wide winter storm prompted the college to close on Monday and Tuesday, Jan. 6-7, and delay the start of classes from Tuesday, Jan. 7, until Thursday, Jan. 9.