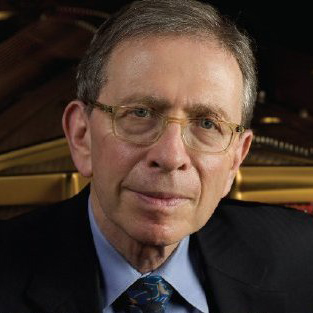 Pianist Jerome Lowenthal will perform at Hope College on Friday, Jan. 19, at 7:30 p.m. in the Concert Hall of the Jack H. Miller Center for Musical Arts.

Lowenthal has distinguished himself in a career spanning more than three decades that have made him an important figure on the international music scene.  Music critic Radu A. Lelutiu has described Lowenthal’s performance as “regal piano playing of the finest order, which radiates with seasoned confidence, gusto, and the kind of mastery that goes well beyond complete command of the instrument.”

Born in Philadelphia, Lowenthal made his debut at the age of 13 with the Philadelphia Orchestra. He studied with three legendary figures: William Kapell; Edward Steuermann; and, at The Ecole Normale de Musique on a Fulbright Grant, Alfred Cortot. His studies in Paris culminated in a premiere license de concert, a recording contract with Pathe Marconi, and performances with The Orchestre de la Societe des Concerts du Conservatoire. While in Europe, Lowenthal won prizes in the international competitions in Brussels, Bolzano and Darmstadt. Moving then to Jerusalem, he became concert-lecturer at the Jerusalem Academy and performed annually with the Israel Philharmonic. He recently received an honorary doctorate from the Cleveland Institute of Music.

Since 1991, Lowenthal has been a professor of piano at the Juilliard School in New York, where he was also chair of the piano department. One of his students was Hope College faculty member Andrew Le. Additionally, he has been on the faculty at Music Academy of the West in Santa Barbara, California, since 1970. He has worked with an extraordinary number of gifted pianists, whom he encourages to understand the music they play in a wide aesthetic and cultural perspective and to project it with the freedom which that perspective allows. He also gives master-classes in North America, Europe and Asia, He is a frequent judge in international piano competitions, such as the Cliburn, Tchaikovsky, Rubinstein, Horowitz, and Bachauer piano competitions, to name a few.

The Jack H. Miller Center for Musical Arts is located at 221 Columbia Ave., on Columbia Ave. between 9th and 10th streets.