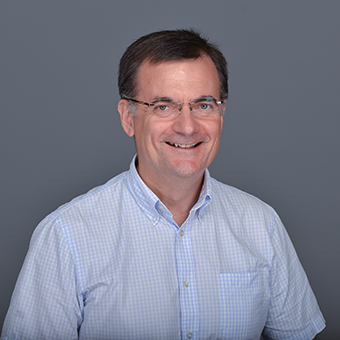 The challenges and opportunities posed by China’s economic strength will be the focus of the address “Global Flourishing and China’s Test of the West” by Dr. Stephen Smith of the Hope College economics faculty on Monday, Sept. 9, at 7 p.m. in Winants Auditorium of Graves Hall.

“China’s size and complexity — economic, political and cultural — make it difficult for western observers to understand, even though the need for clear-eyed analysis of China has never been greater,” said Smith, a professor of economics whose research and writing focus on international trade, global economic development and growth.  “China’s rise is real and should be welcomed for what it means for the potential to achieve global flourishing.  But that rise, under current terms, poses a hard test for western nations and their allies.”

Smith will draw from his scholarly expertise as well as his upbringing in Hong Kong to outline practical principles for a thoughtful, nuanced, consistent and sustained policy response to China.  He will ultimately argue that the United States best addresses the challenge China poses when it re-affirms at home and promotes abroad the merits of democratic governance, market economics and civil rights embodied in the rule of law.

Smith teaches Economic Growth and Development, International Economics, Econometrics and introductory courses in microeconomics.  He also leads the department’s China May Term, a travel-study course focused on the economic and business dimensions of China’s modern growth.

His publications include the book “Economic Growth: Unleashing the Power of Human Flourishing” as well as several articles in refereed scholarly journals.  He is vice president of the Association of Christian Economists, whose journal Faith & Economics he edited for many years, and is also a member of the American Economic Association and the Southern Economic Association.

Smith has been a member of the Hope faculty since 2016.  He previously taught at Gordon College in Massachusetts for 29 years.

The event is being hosted by the college’s Markets & Morality student organization.  Also this fall, the group will host the address “Honorable Business” by Dr. James Otteson of Wake Forest University on Monday, Oct. 21, in Winants Auditorium of Graves Hall and co-sponsor a screening of the film “Forbidden Voices” on Monday, Nov. 18, in the Knickerbocker Theatre conjunction with the NEA Big Read Lakeshore.