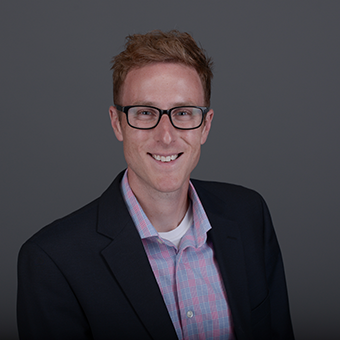 Dr. Daryl Van Tongeren of the Hope College psychology faculty has been elected a Fellow of the Society of Experimental Social Psychology.

Fellows are elected by the organization’s membership committee based on nominations, and Van Tongeren is the third member of the Hope psychology faculty to have been chosen.  Dr. Mary Inman and Dr. David Myers are also Fellows of the society, elected in previous years.

Van Tongeren is an associate professor of psychology at Hope, where he has taught since 2012.  His research focuses on the social motivation for meaning and its relation to virtues and morality.  Specifically, he and his students adopt a social-cognitive approach to study meaning in life, religion and virtues, such as forgiveness and humility.

He is co-author, with his wife, Sara, who is a licensed clinical social worker, of the book “The Courage to Suffer: A New Clinical Framework for Life’s Greatest Crises,” published in March.  He has also published more than 150 journal articles and academic book chapters, and has received multiple grants for his research from the John Templeton Foundation as well as from the college.

In 2019, Van Tongeren was elected a Fellow by both the Midwestern Psychological Association and the International Society for Science and Religion.  In 2016, the Association for Psychological Science named him a Rising Star, a recognition most often bestowed on scholars at institutions with graduate-level programs.  He has also been honored for his scholarly work by Hope, which named him a Towsley Research Scholar in 2015 and presented him with the college’s Social Sciences Young Investigators Award in 2014.

The Society of Experimental Social Psychology is a scientific organization that has more than 1,000 members throughout the world, most of whom have doctorates in social psychology and work in academic or other research settings.  The society jointly publishes the quarterly journal Social Psychological and Personality Science with other professional associations, and holds an annual meeting each fall.