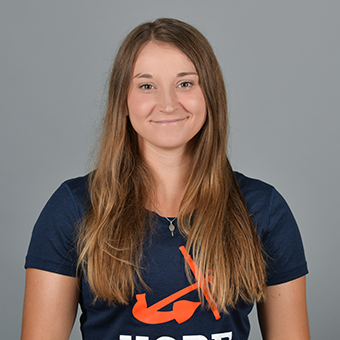 The senior from Traverse City, Michigan (St. Francis HS) is one of our regional honorees in her category and will be considered for the national senior player of the year.

The ITA will announce the national winners of the awards on Wednesday, May 27 at 11 a.m.  during a special virtual awards ceremony. The awards ceremony can be viewed on the ITA’s Twitter, Facebook, and Youtube.

Bandrowski finished a COVID-19 shortened senior season with a 10-2 singles record and an 8-4 doubles record. She played the top flight in both singles and doubles play.

Earlier this month, Bandrowski was named an ITA All-American.

With an 85-14 singles record, Bandrowski has the second-highest number of singles wins in Hope’s history. With a 67-31 doubles record, she is ninth all-time.