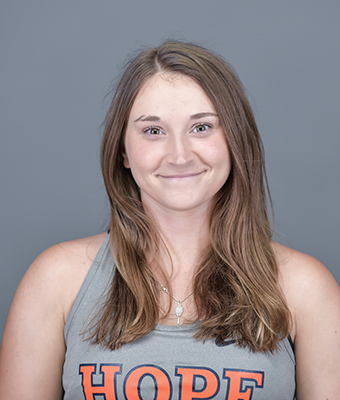 Hope College’s Amanda Bandrowski has been named as the Michigan Intercollegiate Athletic Association Women’s Tennis Athlete of the Week.

The senior from Traverse City, Michigan (St. Francis HS) is claiming the award for the sixth time in her career and the second time this season.

Bandrowski earned points at No. 1 singles and No. 1 doubles for the nationally ranked Flying Dutch during Friday’s 6-1 home win against NCAA Division II Davenport University.

At No. 1 doubles, Bandrowski teamed with Claire Hallock for a 6-2 victory against the Davenport pair of Willemein Coetzee and Danica Malan.