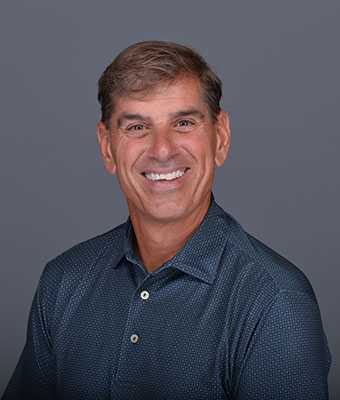 Hope College has received a transformational gift to endow half of its Campus Ministries program and honor a long-time member of the staff for his dedicated service as a pastor, mentor and colleague.

The anonymous contribution will underwrite a significant portion of the staffing and current activities and support additional programming.  By providing budget relief for operations, the gift supports the college’s recently announced Hope Forward initiative that seeks to fully fund tuition for all students.

In addition, the programming of Campus Ministries supported through the endowment is being named at the donor’s request in honor of the Rev. Paul Boersma, who has been a chaplain at the college since 1994 and will retire at the end of the 2021-22 school year as the longest-serving chaplain in Hope’s history.

“This is a transformational gift for Hope and the Campus Ministries program that will both sustain our current program and enable us to continue meeting students’ need and interest,” said the Rev. Dr. Trygve Johnson, who is the Hinga-Boersma Dean of the Chapel at Hope.  “It’s an incredibly generous and humbling vote of support for our work and the college’s mission.”

“Campus Ministries is built to work alongside the students, faculty and staff in order to serve the entire campus community,” he said.  “This gift will help Hope do the work of campus ministry for generations to come. Our responsibility is to steward this gift in a way that blesses the entire college and our students.”

Johnson also appreciates the recognition that Boersma is receiving through the gift, having had an opportunity to see his focus on students from two different perspectives, first while Johnson was an intern with Campus Ministries from 1996 to 1998 while pursuing his Master of Divinity degree at Western Theological Seminary, and since 2005 as dean of the chapel.

“We’re grateful that the donor has asked that the programming be named for Paul,” Johnson said.  “There’s not a finer chaplain in the country than Paul Boersma that I know of.  His commitment to Christ, his family, Hope College and the students has been one of the distinctives that have marked our ministry.”

Hope College President Matthew A. Scogin noted that the gift is an ideal example of how affinity-based contributions to the endowment will help make the Hope Forward vision for fully funding tuition a reality.

“Our annual operating budget can be pictured as a pie sliced into many pieces representing all areas of the college, from individual academic departments and collaborative faculty-student research, to faith formation, to co-curricular activities,” he said.

“This gift will support Campus Ministries’ transformational impact on our students in perpetuity,” Scogin said.  “By underwriting an aspect of our program that they especially love, the donors have also made a lasting difference by reducing the need for tuition income to support that portion of the budget.  As other donors give to areas that they are passionate about, or to provide support wherever it is needed, they’ll do the same and together will ultimately meet the need completely.”

The Campus Ministries team supports the college’s emphasis on helping students engage with the Christian faith and understand how it can inform them as they study, pursue vocation and live in community with others in a diverse and interconnected world.  Including seven full- and part-time chaplains, the staff provides programming for students in worship, discipleship and mission.  Activities include weekday and Sunday-evening worship services, small-group Bible studies, and a variety of leadership and service opportunities for students.

Campus Ministries is based in the central campus in the van Andel Huys der Hope, which opened in August 2019 and includes small and large gathering spaces, a commons area, a library that can also be used for meetings, a prayer alcove and office space for staff.  Additional worship space on campus includes historic Dimnent Memorial Chapel and chapels in the Jim and Martie Bultman Student Center and Graves Hall.

Boersma joined the staff during the summer of 1994. His main responsibilities include supervising the Campus Ministries team, providing pastoral care, preaching and encouraging others in what it means to be a follower of Jesus Christ.

He was appointed to the college’s Leonard and Marjorie Maas Endowed Chaplaincy in 2001, and delivered the college’s Commencement address in 2005. Prior to coming to Hope, he was pastor of youth and education at Community Reformed Church in Holland, where he had been employed since 1983.

Boersma graduated from Hope in 1982, and holds a Master of Divinity degree from Western Theological Seminary. He and his wife, Melody, who is a 1983 Hope graduate, have three grown children, all of whom are Hope graduates as well:  Aaron (2010), Joel (2012) and Emily (2013).  His parents, the late Max and Connie (Hinga) Boersma, were also Hope alumni, and established the Hinga-Boersma chapel deanship in 1993.