The Mellon Scholars Program was designed to build upon Hope College’s already strong reputation of faculty-student collaborative research. A significant new component was the goal to prepare arts and humanities students for the future by infusing the would-be program with instruction in the Digital Liberal Arts.

One of the program's most distinctive features is building on the traditional methods of the liberal arts with the scholarly tools of the 21st century: social networking, collaboration, interactive scholarly interfaces and new media technologies that are often described, collectively, as the ‘digital humanities.’
—Dr. William Pannapacker

A three-year curriculum was developed, and in 2010 the first cohort of 20 students was shaped from a strong applicant pool. In the same year, the program’s second pillar, the close mentoring relationship between faculty and students, was developed by enlisting faculty from across the Arts and Humanities Divisions to join the program as mentors. Additionally, in 2011 the Summer Research Fellowship program came to fruition. Mellon scholars have traveled to places such as Rwanda, France, Kosovo, Spain, Boston, Chicago and Philadelphia to conduct their summer research.

In 2013, Hope College received a $500,000 grant from the Mellon Foundation to institute a second phase of the program and established a Mellon Digital Liberal Arts Fellow, a doctoral candidate from a major university, such as Michigan State University. One of the signature projects to launch from the second phase of the Mellon Scholars Program in 2014 was the website Digital Holland, founded by Allyson Hoffman ’15 and Erika Schlenker ’16, who won the first regional Digital Humanities award at the Network Detroit Conference. Digital Holland has become the central publication of the Mellon Scholars Program.

Mellon scholars are regular presenters at:

On a national level, Mellon scholars have presented at:

Mellon scholars have given more than 200 scholars presentations across the country. 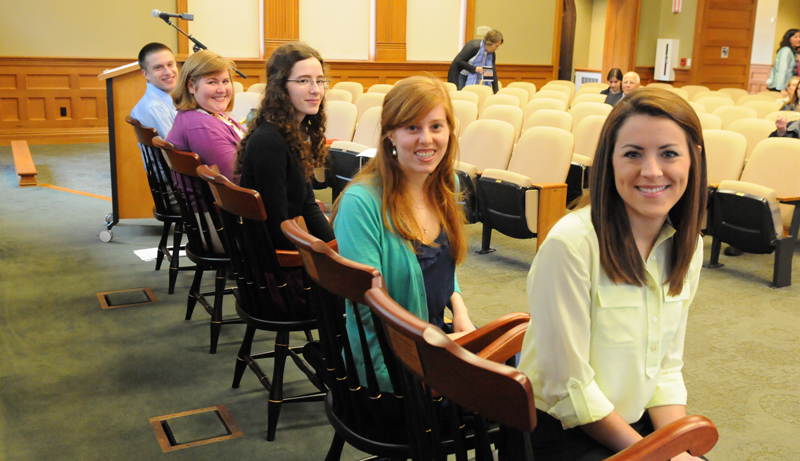 The first class of the Mellon Scholars Program graduated in 2013.

The Chemistry of Mixing Social Hour

The Chemistry of Mixing Social Hour

about the Mellon Foundation

The Andrew W. Mellon Foundation endeavors to strengthen, promote, and, where necessary, defend the contributions of the humanities and the arts to human flourishing and to the well-being of diverse and democratic societies.