The Kruizenga Art Museum, opened and dedicated in September 2015, provides exhibition space for the college’s extensive permanent collection and visiting exhibitions. It provides additional support for curation of the collections, as well as space and resources to view and study works from around the world, spanning centuries.

The museum was developed with an emphasis on engaging faculty and students from many academic disciplines in the study and interpretation of art. Its vision is to be an educational resource — not only for the college, but for all of West Michigan.

The Kruizenga Art Museum is named in recognition of a leadership gift from Richard ’52 and Margaret Feldmann ’52 Kruizenga. 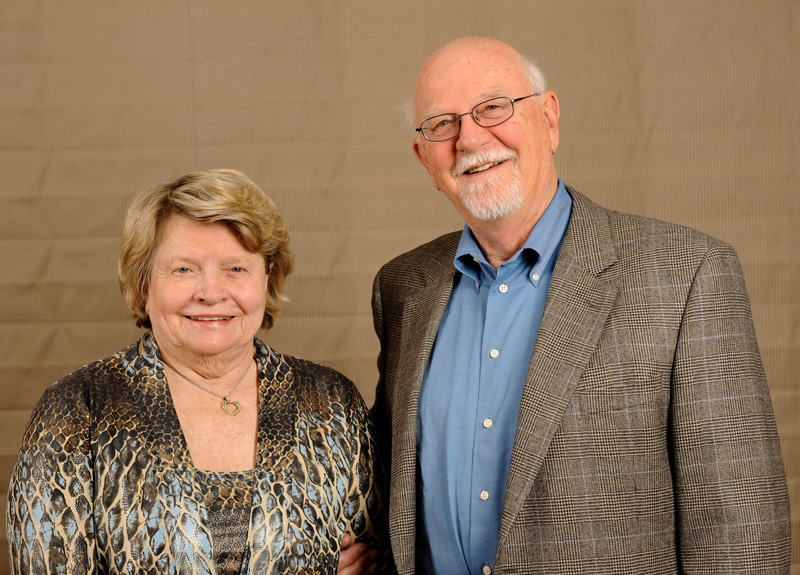 Richard studied economics and business at Hope, was a member of the Emersonian Fraternity and earned his Ph.D. in economics from MIT. He went on to a long career with Exxon, Inc., retiring as vice president of corporate planning. Richard served on the Hope College Board of Trustees and on the Investment Committee.

Margaret studied sociology at Hope, was a state champion orator and was a member of the Sibylline Sorority. She earned her Master’s Degree in sociology from Boston University. She taught at the college level and was known for her love of the arts and theater. Margaret and Richard were early and enthusiastic supporters of the Hope Summer Repertory Theatre. Margaret passed away in April 2013.

The Kruizengas lived all over the United States and overseas in Malaysia, Australia and Japan. They have two surviving children, Derek Kruizenga and Meg Froelich.

Richard and Margaret’s support for the museum reflects their longtime love for art, sparked at Hope College and developed during their travels and throughout their lives together.

In accordance with the wishes of the lead donors, the building was designed to stand out from other buildings on the Hope campus. The distinctive “double lung” shape was partly inspired by the shape of a traditional artist’s palette. The façade of the building features a glass front with black granite panels sweeping around the sides in a dramatic sawtooth pattern. The interior of the building features polished concrete floors, segmented walls and open ceilings that complement its modernist exterior and provide a visually dynamic environment for displaying art.

The building comprises approximately 15,000 square feet of total space on two levels. The major public space of the museum includes two art exhibition galleries and a reception lobby. A conference room is available for students and faculty to study and discuss works of art not on public display.

The museum building is surrounded by the Jack and Lee Nyenhuis Sculpture Garden. The Nyenhuis sculpture garden will be developed over several years to extend the artistic and educational impact of the museum beyond its walls.

The Kruizenga Art Museum building is the creation of Hope alumnus Matthew Vander Borgh ’84, president of C Concept Design in the Netherlands. Donald Battjes ’68, former chief of operations and facility planning at the Los Angeles County Museum of Art, provided additional input on the building’s design and operational features. Grand Rapids based Progressive A&E was the local, corresponding architecture firm for the documentation process, permit and construction management. GO Construction, with a joint venture partnership between GDK Construction of Holland and Owen-Ames-Kimball Co. of Grand Rapids, oversaw the construction process.

The new spring-semester exhibition at Hope College’s Kruizenga Art Museum invites visitors to journey back to the 19th century and travel a legendary Japanese thoroughfare.