We love to hear from our dance alumni. Let us know what you’re up to! Email Stephanie Brumels to share new jobs, family news and more. 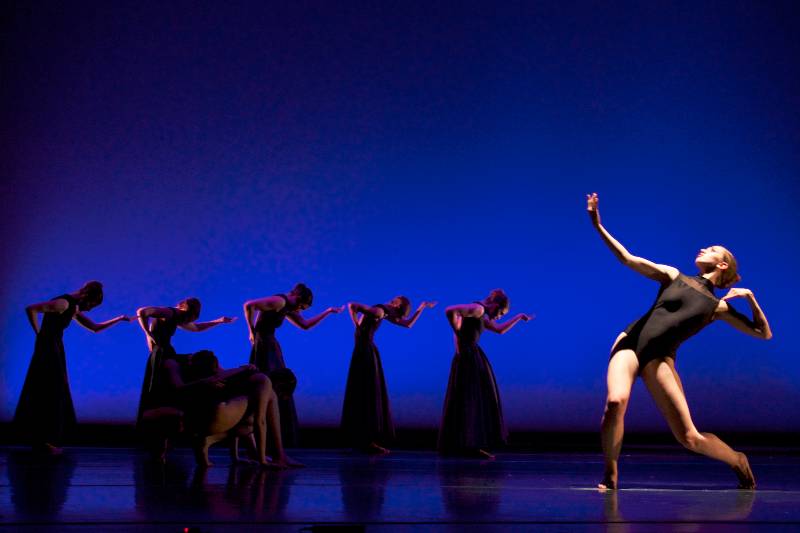 Ariana is a Chicago-based dancer, choreographer, singer and teacher.

While at Hope, Ariana performed with several affiliate dance companies and collaborated with dance professors from New York, Philadelphia and Los Angeles. She was awarded the DeLong Senior Dance Award for her achievements in dance and the Psi Chi Regional Research Award for her interdisciplinary research in dance, psychology and biology. Ariana is now pursuing her graduate degree in Secondary Education Social Studies at National Louis University.

Currently, Ariana choreographs for show choirs, color guards, musicals and co-directs a musical theater dance program at the Dancewerks Studio. Her award-winning choreography performed on competition stages in the Chicagoland area. Last fall, she spent a month teaching tap at Hope College, and since has been back at Dancewerks teaching classical ballet, tap, jazz, modern, contemporary, hip-hop and musical theater. You can see her work on stage at Prospect High School for the regional premiere of School of Rock.

Elena is a student associate for Mechanical & Aerospace Engineering.

Elena is interested in using computer simulations to investigate muscle function during stair climbing. She will be specifically developing subject-specific models of young, healthy people to determine how muscle function varies between ascent and descent as well as at a range of speeds. This knowledge will serve as a baseline to help better evaluate the compensatory strategies and deficits in populations that experience difficulty climbing stairs, such as those with osteoarthritis, and hopefully inform treatment programs.

Her honors and awards include:

Peter began dancing at age 14 in Laurel, Montana. After he graduated from Hope, he moved to Chicago and performed with Chicago Tap Theatre. During this time, he met Billy Siegenfeld and was introduced to Jump Rhythm Jazz Project. He joined the company as an apprentice and became an ensemble member and its social media coordinator in 2010. In 2011, he had the great pleasure of performing and teaching as a member of The Jump Rhythm Quintet on its Finland tour. Peter also serves as the Education Coordinator of JRJP and he is very excited to bring Jump Rhythm® Technique to more studios and schools throughout the greater Chicago area.

Visit the Boerigter Center for Calling and Career

Author Matt de la Peña, who has two books featured in this year’s Little Read Lakeshore for children, will deliver a keynote address about the transformative nature of literature and the power of education on Wednesday, Nov. 9, at 7 p.m. at Hope College in the Concert Hall of the Jack H. Miller Center for Musical Arts.

We offer a variety of degree programs for all students of dance.