MODERN EUROPEAN AND AMERICAN ART FROM THE BRUMMEL COLLECTION 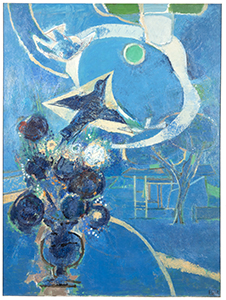 Class of 1957 alumnus Mike Brummel has been an avid art collector for more than 60 years. His collecting efforts have focused mainly on 20th-century European and American artists whose works explore the interplay of three aesthetic qualities: color, texture and form. Brummel’s artistic interests were shaped by his own professional career as a textile designer from the 1960s to the 2000s. Based primarily in New York and Paris, Brummel has concentrated on collecting pieces by artists who also lived and worked in those two cities. This exhibition featured a selection of 62 paintings, drawings, prints and sculptures that reflect the broad scope of Brummel’s tastes and reveal the underlying aesthetic and historical connections that unify these diverse artworks into a coherent collection. 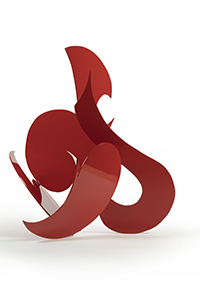 Brummel was born and raised in West Michigan. He majored in Biology at Hope College but also had a deep interest in art and culture. After participating in Hope’s Vienna Program during the summer of 1957, Brummel moved to New York City to study design at the Pratt Institute. He completed his studies at Pratt in 1960 and began an illustrious 50-year career designing and producing high-end textiles and wallpapers for the two companies he founded: Kirk Brummel and Raintree Designs. Brummel’s business career required him to travel frequently around the United States and Europe, exposing him to a broad range of cultural influences and allowing him to build an extensive art collection. His objective in collecting was never to assemble a representative selection of artworks illustrating particular schools, styles or subjects. Rather, Brummel collected art that engaged him aesthetically and emotionally and that he wanted to have surrounding him in his daily life.

Color, Texture, Form was organized by Kruizenga Art Museum staff with research, planning and label writing assistance from Hope College senior and John H. Dryfhout ’64 Student Intern Grace Pettinger. The museum is extremely grateful to Mike Brummel for lending all of the artworks in this exhibition and for his ongoing support of Hope College and the Kruizenga Art Museum.