Mezzotint Prints from the Rossof Collection 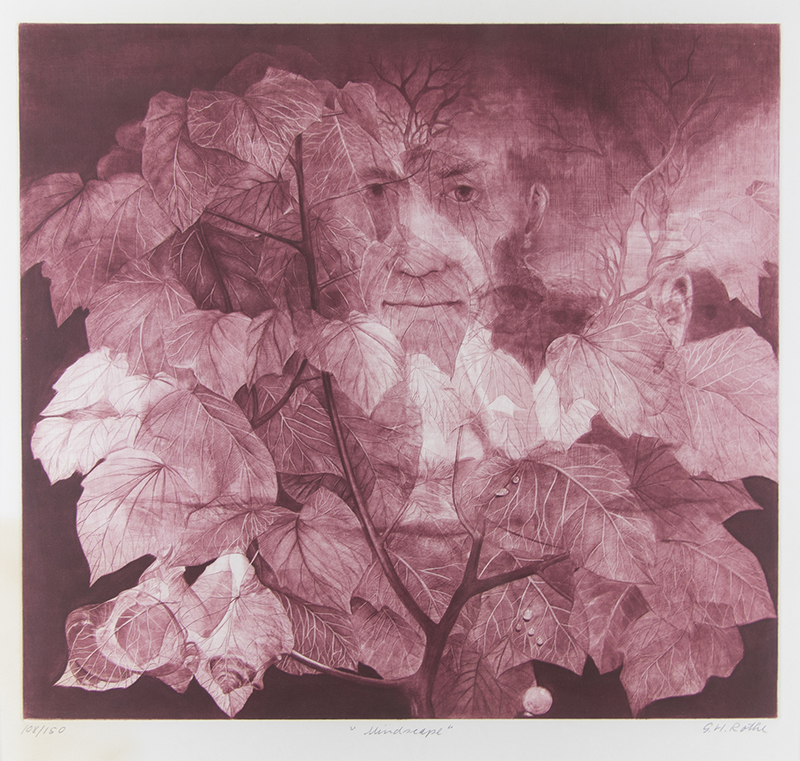 The term mezzotint comes from Italian and literally means “half-tone.” It is the name of a printmaking technique that uses tones rather than lines to depict forms and define spaces. The mezzotint printmaking process starts with the artist roughening the surface of a metal plate so that it will hold ink and print a completely black field when the plate is run through a press. The artist then uses special tools to burnish selected areas of the plate, reducing or removing the roughened surface so that the plate will print a range of gray tones or white spaces in those areas. Through the burnishing process, an artist can produce highly refined pictorial images with subtly modulated tones similar to those found in oil paintings, watercolors and ink wash drawings. The 20th-century American printmaker Robert Kipniss once succinctly described the mezzotint process this way: “In mezzotint you draw with light. You start with velvety black and gradually introduce degrees of illumination and, as your focus sharpens, you slowly evolve shapes and space from darkness.” 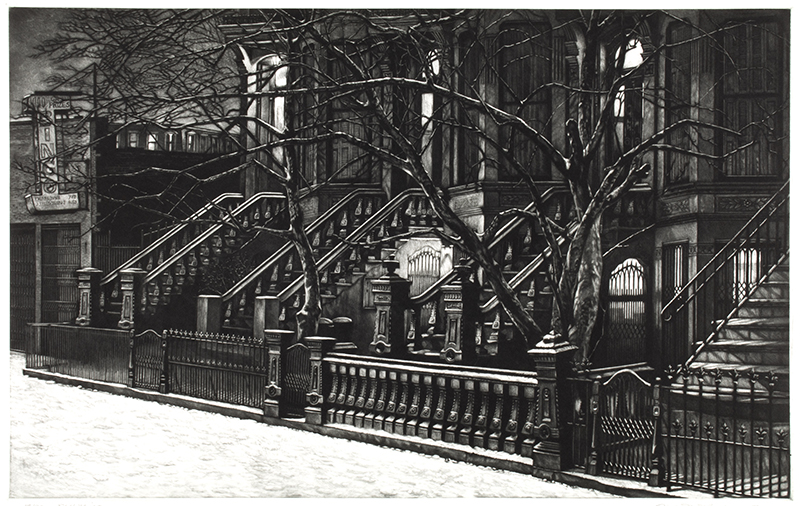 The rudimentary techniques of mezzotint printmaking were first developed by German artist Ludwig von Siegen (1609–1680) in the early 1640s. Those techniques were further refined in the 1650s and 60s by Anglo-German artist Prince Rupert of the Rhine (1619–1682) and his Flemish pupil Wallerant Vaillant (1623–1677). Influenced by Prince Rupert and Vaillant, London and Amsterdam emerged as the most important centers of mezzotint printmaking in the late 17th and 18th centuries. Although some artists used the technique to create original images, it was most commonly used to reproduce existing paintings and drawings. The popularity of mezzotints declined during the 19th century in the face of competition from other reproductive art techniques such as lithography and photography. A small number of artists in Europe and America kept the mezzotint technique alive through the early decades of the 20th century, and helped to lead a revival of mezzotint printmaking after World War II. Today, mezzotint printmaking is practiced by artists in numerous countries around the world who value the rich aesthetic effects that can be achieved with this difficult, time-consuming process.

Drawing with Light offered a chronological survey of mezzotint printmaking from the 17th century to the present day. It intentionally included works by many different artists representing a broad range of subjects and styles. The Kruizenga Art Museum is extremely grateful to Arthur and Kristine Rossof of Douglas, Michigan who donated or lent the great majority of prints featured in the exhibition.