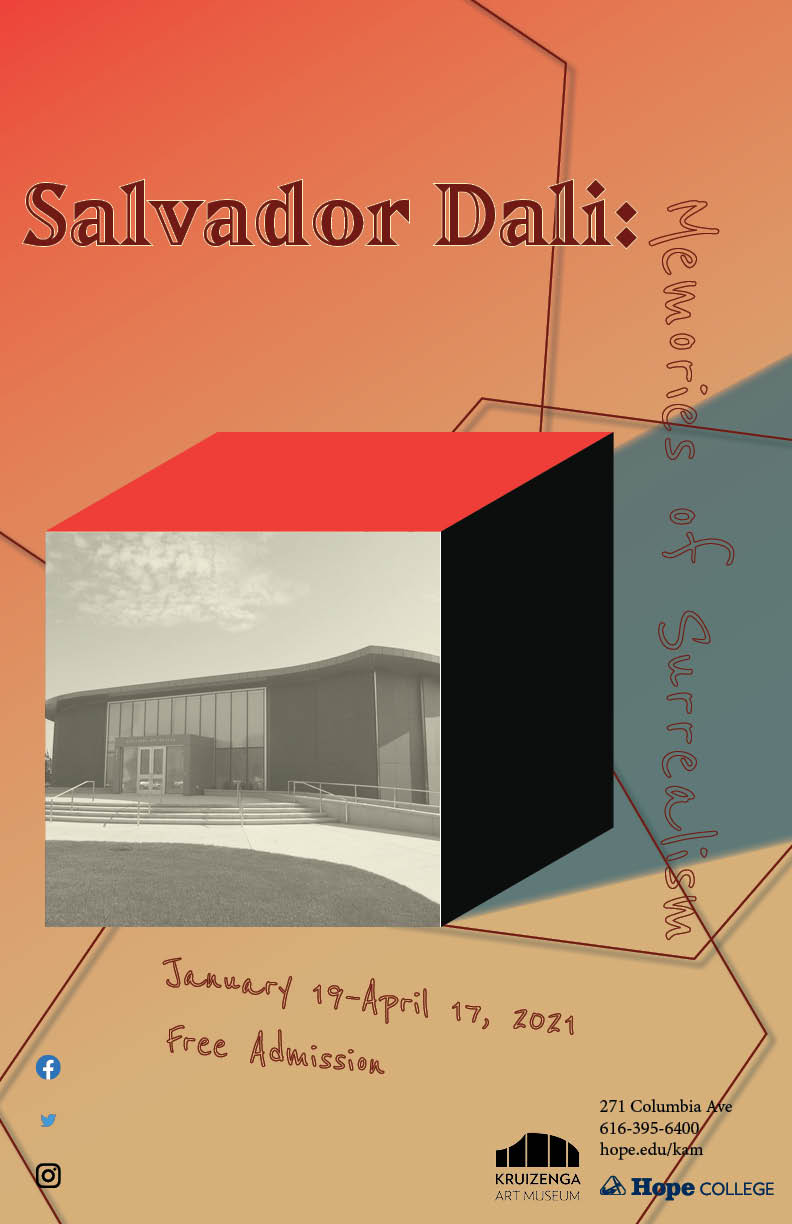 Surrealism emerged in France in the years after World War I, and was established as a formal literary and artistic movement with the publication of an official manifesto in 1924. The Surrealists believed in the creative potential of the unconscious mind, and sought ways to free art — and society and culture more broadly — from the limitations of purely rational thought. Inspired by dreams, memories and chance occurrences, Surrealist artworks often combine disparate images and symbols to create compositions that defy logical interpretation. The creation of meaning in Surrealist art does not come primarily from the artist, but rather from the associations and experiences that each viewer brings to the works.

Salvador Dali was a leading figure in the Surrealist art movement from the 1920s to the 1970s. His bizarrely illusionistic paintings — such as his famous 1931 composition The Persistence of Memory, which depicts pocket watches seeming to melt in an austere, coastal landscape — transformed Dali into an international art celebrity in the 1930s. Dali was a flamboyant showman and a master of self-promotion. In 1936, he appeared at an art conference to deliver a lecture wearing an old-fashioned diving suit, and holding a pool cue and the leashes to two Russian wolfhounds in his hands. In the 1950s and 60s, he created clothing and jewelry lines based on his designs, and promoted his brands by appearing on television quiz shows.

Memories of Surrealism was a suite of twelve prints that Dali created in 1971 as a form of reflection on his long artistic career. The suite of prints was commissioned by Alex Rosenberg and published in New York by Transworld Art Corporation. French art critic Pierre Restany interviewed Dali about the prints and used the artist’s words to create an accompanying text for each image. Those accompanying texts were reproduced in the labels of this exhibition to convey the full Surrealistic effect of Dali’s art. The prints displayed were donated to Hope College by alumnus Orville C. Beattie ’39.