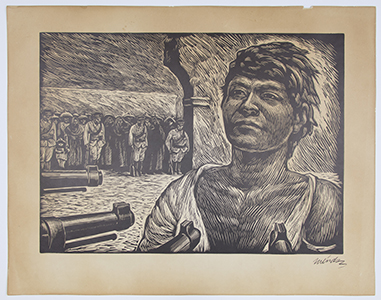 Speaking truth to power is a non-violent way of challenging political, economic, social and cultural leaders, and holding them accountable for actions and words that result in injustice, inequality and harm to others. The tactic requires courage, and a willingness to risk one’s reputation, livelihood and sometimes even one’s life to express beliefs that go against entrenched interests and status quo public opinions.

The phrase “speak truth to power” originated in the Civil Rights and Peace movements of the mid-20th century, and first appeared in print in the title of a 1955 antiwar treatise published by the American Religious Society of Friends, also known as the Quakers. Although the phrase is relatively recent, the idea of speaking truth to power is ancient, and can be found in cultures around the world stretching back thousands of years. The term “speak” suggests that this form of protest is primarily verbal, but challenges to established power structures can also be expressed through literature, visual art, music and social behavior. This exhibition highlighted a small selection of 20th and 21st-century artworks from Europe, North America, Asia and Africa, all of which represent the spirit of speaking truth to power.

Truth to Power was organized by the Kruizenga Art Museum in conjunction with the Hope College 2019 NEA Big Read Lakeshore program. The 2019 Big Read book, In the Time of the Butterflies by Julia Alvarez, is set in the Dominican Republic in 1960, during the authoritarian dictatorship of General Rafael Trujillo. This historical novel tells the story of the Mirabal sisters, three of whom were assassinated for their involvement in the movement opposing Trujillo.