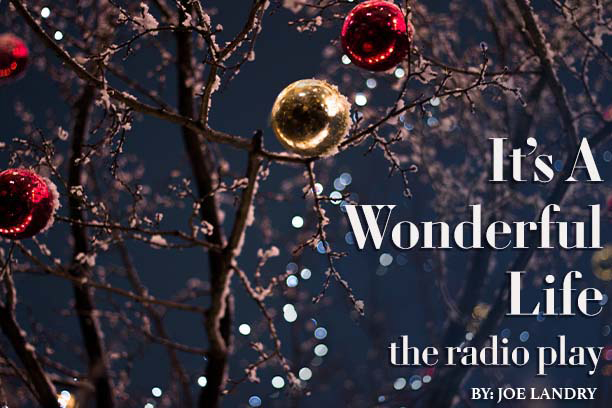 This beloved American holiday classic comes to captivating life as a live 1940s radio broadcast. With the help of an ensemble that brings a few dozen characters to the stage, the story of idealistic George Bailey unfolds as he considers ending his life one fateful Christmas Eve.

Located in the Knickerbocker Theatre

by Claudia Shear and Tim Federle
What would you do if you had all eternity?

Eleven-year-old Winnie Foster yearns for a life of adventure beyond her white picket fence, but not until she becomes unexpectedly entwined with the Tuck family does she get more than she could have imagined. When Winnie learns of the magic behind the Tuck’s unending youth, she must fight to protect their secret from those who would do anything for a chance at eternal life. As her adventure unfolds, Winnie faces an extraordinary choice: return to her life or continue with the Tucks on their infinite journey.

Based on best-selling children’s classic by Natalie Babbitt and adapted for the stage by Claudia Shear and Tim Federle, Tuck Everlasting features a soaring score from Chris Miller and Nathan Tysen.

*Appropriate for all ages

This 1960s French farce adapted for the English-speaking stage features self-styled Parisian lothario Bernard, who has Italian, German and American fiancées, each a beautiful airline hostess with frequent “layovers.” He keeps “one up, one down and one pending” until unexpected schedule changes bring all three to Paris, and Bernard’s apartment, at the same time.

*Appropriate for ages 10 and up.

It’s the tail end of the big, bad 1980s in Hollywood, and the party has been raging hard. Aqua Net, Lycra, lace, and liquor flow freely at one of the Sunset Strips last legendary venues, The Bourbon Room. A place where rock god Stacee Jaxx takes the stage to embark on a solo tour. Amidst the madness, aspiring rock star (and resident toilet cleaner) Drew longs to take the stage as the next big thing (and longs for small-town girl Sherri, fresh off the bus from Kansas with stars in her eyes). But the rock 'n' roll fairy tale is about to end when German developers sweep into town with plans to turn the fabled Strip into just another capitalist strip mall. Can Drew, Sherri and the gang save the strip – and themselves – before it's too late? Only the music of hit bands Styx, Journey, Bon Jovi, Whitesnake and more hold the answer.

The time is 1959. The place is a seedy bar in Philadelphia. The audience is about to witness one of Billie Holiday’s last performances, given four months before her death. More than a dozen musical numbers are interlaced with salty, often humorous reminiscences to project a riveting portrait of the lady and her music.

by Lauren Gunderson
Angela is trapped in her basement, waiting out an approaching tornado. Though a self-proclaimed unreliable narrator, she begins to reflect on a lifetime of trauma, illuminating the truth behind her endangerment. Based on Hamlet’s famous “To be or not to be” soliloquy, Natural Shocks is a damning condemnation of violence, abuse and firearms in America.

by Amy Toruńo
A workshop reading presented as a part of our GENext Project. A Nicaraguan single-mother, Isabel Varas, leaves her homeland with 50 dollars, a suitcase and a dream. Struggling to provide for the family she left behind, she fights through sexual assault, and for survival as an undocumented woman in Miami, Florida. Simultaneously, her arthritic mother, Abu, takes care of her daughter, Mimi, back in Nicaragua. Through progressing pain and deformities, Abu searches for joy with Vecina, the hilarious concha-reading neighbor. Santiago, the Mitch. In a twist of fate, Nicaraguans in the U.S. prior to December 1998 are doubled by Vecina, Isabel gives up love and homeland in hopes for a better future for her daughter, Mimi.

Mama says, ‘breathe easy,’ but Ziggy’s afraid to leave the house. He’s too busy worrying about tropical storms, evil spirits and steering clear of that sneaky, hair-snatching Duppy! But with the help of Dr. Bird and his feathered friends, Ziggy’s reminded in soothing six-part harmony that “every little thing gonna be all right.” This amazing to tribute to a music legend will have kids and parents both singing and swaying along!

*Appropriate for all ages

Download a printable calendar of the 50th season (PDF)