The Heart Of Hope: Eight Faculty to Retire

A total of eight members of the Hope College faculty will retire at the end of the school year. 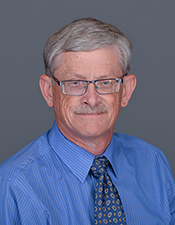 Christopher Barney has been a member of the faculty since 1980.  He is a physiologist who in addition to his teaching has conducted collaborative research with more than 130 Hope students, with his laboratory focusing on heat stress and thirst, and more recently behavioral neurotoxicology.

Among other service to Hope, he has chaired the Department of Biology, directed the department’s Research Experiences for Undergraduates program and one of the college’s Howard Hughes Medical Institute Programs, served as faculty moderator and been a faculty representative to the Board of Trustees.

He has received more than 20 external grants in support of his research and undergraduate research, and has written or co- authored more than 70 articles for professional journals, in addition to making numerous presentations at professional conferences.  He has served as a grant reviewer for multiple National Science Foundation programs and as a manuscript reviewer for several scientific journals, and has served as a consultant regarding best practices in undergraduate science education.

Hope presented him with the Ruth and John Reed Faculty Achievement Award in 2007.

He earned his bachelor’s degree from Wright State University, which presented him with a Distinguished Alumni Award in 2002.  Following his undergraduate work, he obtained his doctorate in medical physiology from Indiana University in 1977 and then spent three years doing research at the University of Florida Medical School. 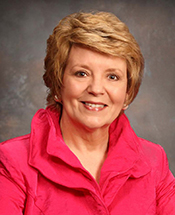 Linda LeFever Dykstra has been a member of the Hope faculty since 1997.  A lyric soprano, she was head of the department’s vocal music section for 10 years.

Her students have won numerous honors, and 100 percent of her performance students have been accepted into graduate programs. She also maintains an active private studio of community and high school students; the latter have been accepted into classical music programs and musical theatre undergraduate programs around the country.  Former students are now singing and performing on Broadway and in opera houses in the United States and abroad.

Her scholarly interest in voice disorders le her to post-graduate work in vocology and cooperative work with local otolaryngologists and speech therapists and pathologists, and specialists in Baltimore, Chicago and New York City. She is the Bastian Institute’s singing voice specialist for habilitation of voice disorders for patients in West Michigan, northern Indiana and eastern Illinois. She pioneered the use of interactive real-time technology in the voice studio and was granted a provisional patent for the SonoVu system she uses in her daily studio teaching. The system allows students to simultaneously see and record themselves and the acoustic feedback provided by VoceVista.

She will continue to maintain her private studio and vocology practice when she retires from Hope.

Dykstra earned her undergraduate and graduate degrees at the University of Maryland, and her post-graduate voice study has been with Thomas Houser and Jim Turner.

She spent seven years in Germany, performing numerous lieder recitals (one by invitation for the family of Richard Strauss), oratorios and with the Kleines Opern Ensemble Berlin. She has performed as a soloist in Berlin, Munich, Salzburg and Prague, and extensively in the U.S.

Classically trained, she has done extensive exploration of crossover technique, and is equally comfortable with the classical and musical theater genres. In summer 2014 she portrayed Mother Abbess in Hope Summer Repertory Theatre’s production of “The Sound of Music.”

In 1997 she was awarded the Rosa Ponselle Voice Teacher of the Year Gold Medallion.  Her CD “Treasures: Little Known Songs by Women Composers” was released in 2002.

Read the full story, Linda LeFever Dykstra: A Song from Her Heart to Theirs 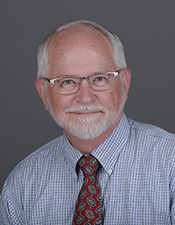 Thomas Ludwig has been a member of the faculty since 1977.  He teaches courses in life-span developmental psychology, adult development and aging, and neuroscience.  For a number of years he also served as an adjunct faculty member at Western Theological Seminary, teaching a course on ministry with the aging.  His tenure includes serving as Hope’s Faculty Exchange Professor to Meiji Gakuin University in Tokyo, Japan, in 2005, and six months as interim president of Trinity Lutheran Seminary in Columbus, Ohio, in 2013.

He has won several awards for excellence in teaching, including the 2005 Charles L. Brewer Distinguished Teaching of Psychology Award from the American Psychological Foundation and Hope’s 2003 Janet L. Andersen Excellence in Teaching Award. He has co-authored several reports on pedagogical innovations for the Society for the Teaching of Psychology, and a chapter in “Best Practices for Teaching Introduction to Psychology.” In 2012 he was named a GLCA Teagle Pedagogy Fellow.

He has been a long-time advocate for senior citizens in the Holland area, and has served on the boards of most of the senior advocacy organizations in West Michigan.

He is perhaps best known as a technology pioneer who has been using computer-assisted instruction in and out of the classroom since 1980.  He has published several award-winning instructional technology projects for psychology, including “PsychSim,” “PsychQuest,” “PsychInquiry,” “PsychOnline,” “ActivePsych” and “Concepts in Action.”

Ludwig graduated from Concordia College in 1972, completed his master’s degree in religion at Lutheran School of Theology in 1975, and completed his doctorate in developmental psychology from Washington University in St. Louis in 1977. 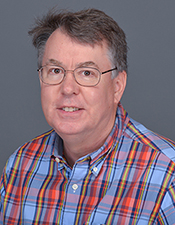 Anthony Perovich has been a member of the faculty since 1980.  His areas of specialization are the philosophy of religion and the history of philosophy.  He has taught multiple introductory- and upper-level courses and seminars in the department, as well as general education courses such as Cultural Heritage II and Senior Seminar.

He edited two books, “Reflections on Philosophy and Religion” and “Human Nature and Natural Knowledge: Essays Presented to Marjorie Greene on the Occasion of Her Seventy-Fifth Birthday,” and has written multiple articles in scholarly publications, book chapters and reviews.  He has received external grants, honors and fellowships including selection for participation in the Summer Seminar program of the National Endowment for the Humanities, a Midwest Faculty Seminar Occasional Fellowship, a Knight Fellowship Faculty Development Fund Summer Grant and (with departmental colleague Dr. Andrew Dell’Olio) Great Lakes Colleges Association New Directions Initiative Grants. 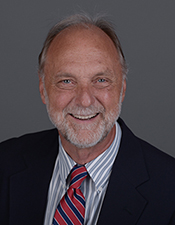 James Piers has been a member of the faculty since 1975.  He teaches multiple generalist practice, the family courses and supervises students in the field practicum, and focuses his teaching and scholarship on developing practice competencies and supporting best practices.

He developed and initiated the college’s social work major, and has served as the program director since its beginnings. He also developed, initiated and led the Tokyo phase of the Hope and Meiji Gakuin Joint Exchange Program in 1980, and in 1998 was Hope’s Faculty Exchange Professor to Meiji Gakuin.  Hope’s senior class presented him the Hope Outstanding Professor Educator (H.O.P.E.) Award in 1991.

He has served on the boards of numerous community organizations, and is a past board member and president of Child and Family Services of Michigan. He was a school social worker prior to joining the Hope faculty, and also worked in private practice as a clinical social worker for 40 years.

He is a 1969 Hope graduate, and completed his Master of Social Work degree at the University of Michigan in 1972 and doctorate at Case Western Reserve University in 1997. 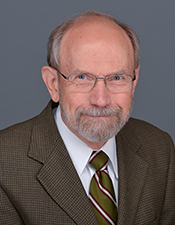 Peter Schakel has been a member of the faculty since 1969.  From 1984 through 2017 he was the Peter C. and Emajean Cook Professor of English.

His area of scholarly specialization is British literature from 1660 to 1800, focusing particularly on the life and works of Jonathan Swift and Jane Austen; he is also an internationally respected scholar of C.S. Lewis’s work.

In addition to his teaching and writing, he spent 20 of the 34 years between 1981 and 2015 serving as department chair.  In 2009, he delivered the college’s Opening Convocation address.

He received the Hope Outstanding Professor Educator (H.O.P.E.) Award from Hope’s senior class in 2013, the Ruth and John Reed Faculty Achievement Award in 2004, and the Provost’s Award for Service to the Academic Program in 2013.  External recognitions include a National Endowment for the Humanities (NEH) Fellowship for College Teachers during 1979-80; NEH summer seminar support in 1981, 1987 and 1997; and Mythopoeic Society Scholarship Awards in 1984, 1992 and 1996.

He graduated from Central College in Iowa in 1963.  He completed his master’s degree at Southern Illinois University in 1964, and his doctorate at the University of Wisconsin in 1969.

Read the full story, Dr. Peter Schakel: In the Service of Words and Wisdom 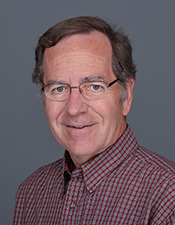 Michael Seymour has been a member of the faculty since 1978.  Major themes during his career have included the development of novel ways to use emerging computer technology to enhance student learning in the chemistry laboratory and the presentation of outreach activities to get young students excited about science and to improve the science background of K-8 teachers, and from 2013 to 2015 co-led the college’s summer science camp program for children.  He has also involved Hope students in collaborative research which applied his specialty of analytical chemistry to issues of environmental interest.

At the beginning of the 2016-17 school year, he became director of the MidStates Consortium of Math and Science in addition to his teaching at Hope.  His tenure at the college includes having served as chairperson of the Department of Chemistry for 10 years.

He received the college’s Janet L. Andersen Excellence in Teaching Award in 2013, and in 2011 he was among the Hope faculty who helped present the national webinar “Transformational Learning through Undergraduate Research and Creative Performance” through the Council on Undergraduate Research.  He has received multiple research, instrumentation and teaching grants, and has published research articles with student co-authors describing work carried out at Hope.

Seymour completed his undergraduate degree in chemistry at St. John’s University in 1972 and his doctorate at the University of Arizona in 1978, the same year that he joined the Hope faculty.

Read the full story,  Dr. Michael Seymour: An Analytical Chemist for All Age(s) 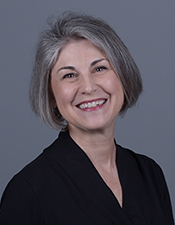 Vicki Ten Haken has been a member of the faculty since 2000, focusing on management in her teaching.  As Ruch Director of the Baker Scholars program, she has guided students’ leadership potential and business professionalism in experiences regionally, nationally and abroad, including trips to Panama, China and India.  She led the college’s Japan May Term in 2004, taught Hope’s Yorkshire Management Semester in 2011, was co-director of the Hope-Meiji Gakuin Global Management Seminar for many years, and worked with Hanze University in the Netherlands to enable Hope students’ participation in their Doing Business in Europe summer program for the last four years.

She worked in corporate settings for 25 years before joining the faculty, and served with General Electric and Herman Miller Inc. in roles including executive vice president of strategy, general manager of a new business venture, vice president of marketing, director of corporate planning and human resources management.

Her publications include the 2016 book “Lessons from Century Club Companies: Managing for Long-Term Success,” as well as several papers on topics of leadership and corporate longevity and a handbook for new managers.  In 2007, she received an award through the Fulbright U.S. Scholar Program to teach and conduct research in Krakow, Poland. She returned for several years afterward to teach a weekend Executive MBA course she developed.

Her community service includes having served on the Board of Trustees for Resthaven Patrons, West Michigan Regional Airport, and the Salvation Army. Prior to joining the faculty she had been a member of the college's Board of Trustees.

Ten Haken graduated from Hope in 1973. She earned her M.B.A. in 1981 at Grand Valley State University, where she was also an Executive in Residence and from which she has received a Distinguished Alumni Award.